As part of the run-up to next week's release of Batman: The Complete Series, Warner Bros. Home Entertainment have released a number of still photos from the classic Adam West TV series, as well as a split-screen demo that shows just how much crisper and clearer the remastered version looks as compared to the shabby transfers that have been in TV re-runs and circulating online for years. 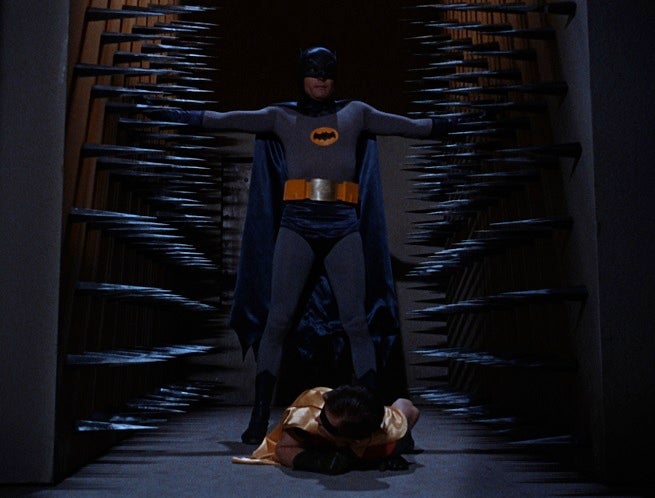 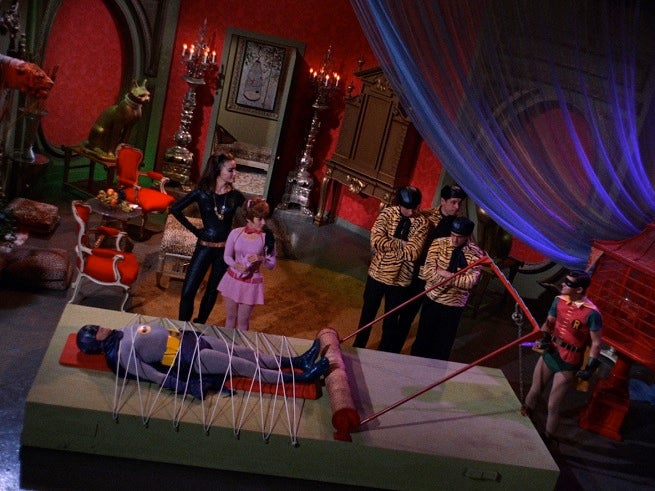 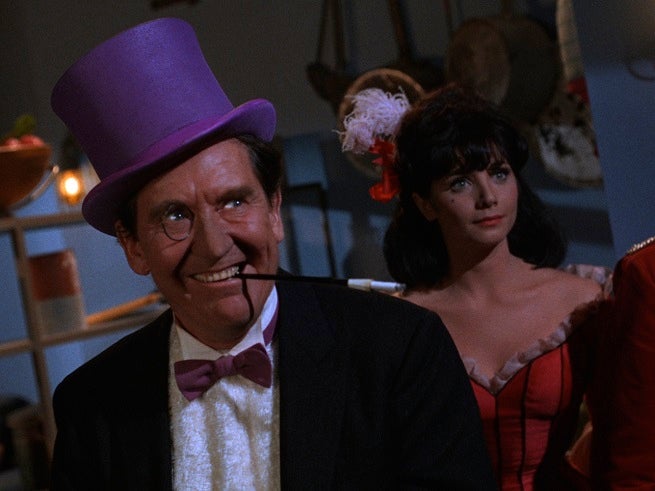 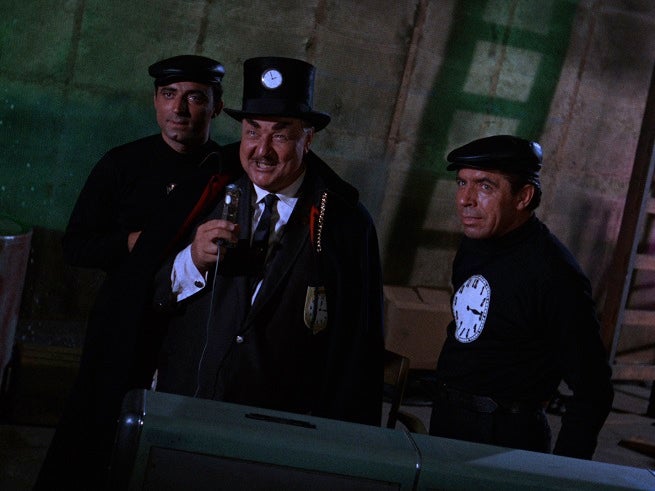 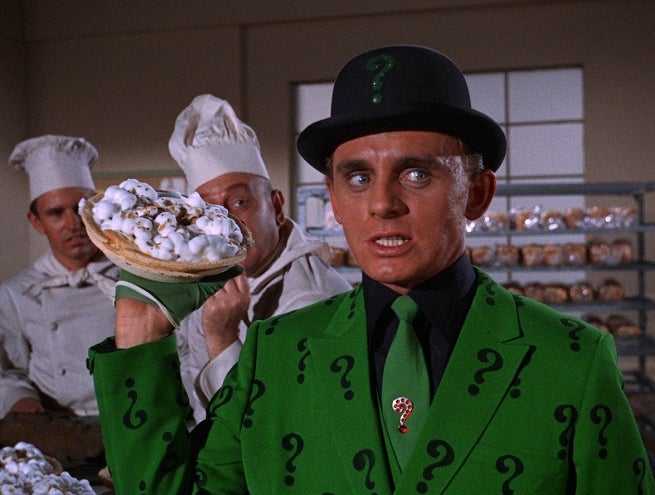 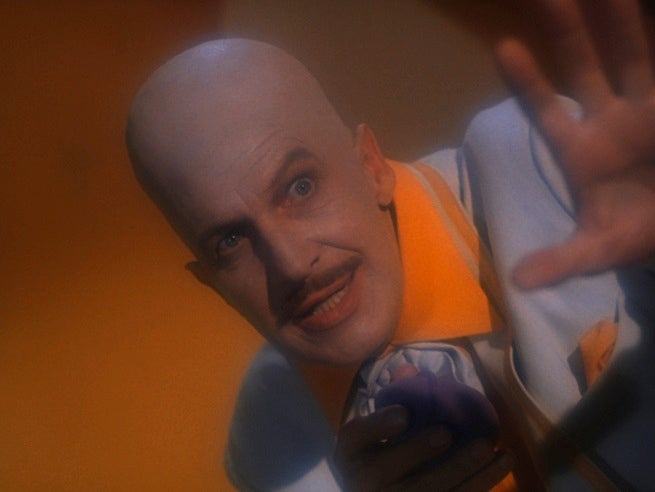 You can check out the transfer video below, along with an official release from Warner Bros. about the various ways fans can get their hands on the content.

Warner Bros. Home Entertainment (WBHE) sets a new standard for accommodating Bat-fans from the uber-avid to caped-casual with the upcoming release of Batman: The Complete Television Series on November 11, 2014. The most anticipated home entertainment release of all time will be available in several distinct packaging choices with varying content and bonus materials. These offerings include multiple national physical options – most notably, the Limited Edition Blu-ray™ box set – as well as varying digital selections, and a few specialty alternatives.

“We understand the widespread demand for Batman: The Complete Television Series, and we also appreciate the varying degrees of fandom surrounding this release,” said Rosemary Markson, WBHEG Senior Vice President, TV Brand Management and Retail Marketing “To that end, Warner Bros. Home Entertainment has created an option for virtually every fan’s level of interest, whether that be basking in the highly collectable Limited Edition Blu-ray set or simply enjoying this landmark series in its beautifully re-mastered exhibition on Blu-ray™, DVD or Digital HD.”

As the ultimate collector’s pièce de résistance, the Limited Edition box set (SRP $269.97) is a numbered, beautifully packaged set and spotlights all 120 episodes in spectacularly-re-mastered footage on Blu-ray™. The package comes complete with an exclusive Hot Wheels® Replica Batmobile, 44 vintage replica trading cards, the Adam West Photobook with never-before seen images from Adam West’s private archives, an extensive Episode Guide and Ultraviolet Digital Copy of all 120 episodes. Also included is more than three hours of extended content with featurettes such as “Hanging with Batman,” a true slice of life in the words of Adam West; “Holy Memorabilia, Batman!” a journey into the most sought-after collectibles through the eyes of three extraordinary collectors; “Batmania Born! - Building the World of Batman,” which explores the art and design behind the fiction; “Bats of the Round Table,” a candid conversation with Adam West and celebrity friends like director Kevin Smith, DC Entertainment Co-Publisher Jim Lee, radio personality Ralph Garman and actor Phil Morris, chatting all things Bat ’66; “Inventing Batman in the words of Adam West,” a rare treat for the fans as Adam discusses his script notes on bringing Batman to life in the first and second episodes; and “Na Na Na Batman!” where some of Hollywood favorite’s stars and producers recount their favorite Batman memories. Bonus features also contain a few goodies from the archives including Burt Ward’s original screen test with Adam West, the Batgirl pilot and more!

Fans hoping to add the Caped Crusader’s classic TV series to their digital collection will be pleased to find a trio of options available on November 11. When purchased as a bundle, the digital version of Batman: The Complete Television Series includes all three seasons of the series in either HD or standard definition, as well as the entire slate of enhanced content features from the physical complete series offerings.

In late October, there will also be a special Direct Response promotional program seen on television that will feature a few specialty editions of the series on Blu-ray and DVD. These include: the Complete Classic Batman Collection on Blu-ray (SRP $174.95) and on DVD (SRP $149.95), both of which include over 50 hours of entertainment, starting with all 120 episodes from the landmark series; and the Classic Batman Collection (SRP $99.95), featuring 64 of your favorite original broadcast episodes fully remastered in a 12-DVD set. These sets will be available to purchase via telephone or on batmanondvd.com. All three options also come with: