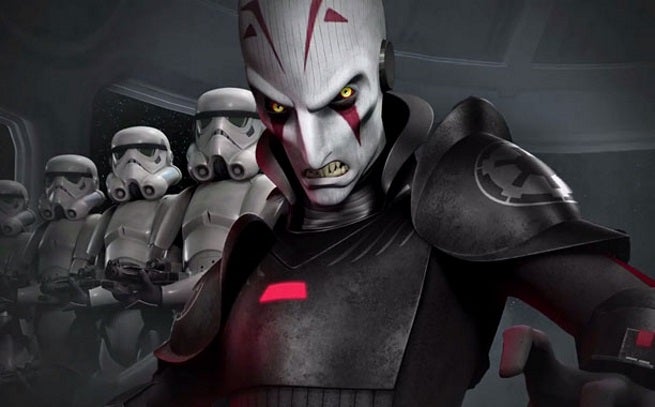 Entertainment Weekly has confirmed that Jason Isaacs will be the voice of the Inquisitor in Star Wars Rebels.

The Inquisitor was the first character to be revealed from the series and is the primary villain. He is a Pau’an who is charged by the Empire with hunting down any Jedi still remaining in the galaxy following Anakin Skywalker’s purge in Revenge of the Sith.

“He’s cold, he’s analytical, he doesn’t get angry,” Lucasfilm Story Group’s Pablo Hidalgo told EW. “We all took care to make sure our villains have real presence and our heroes just can’t walk all over him. This isn’t like cartoons I grew up with in the 80s where you’d have the villain lose every week and yet every week we’d have to believe he’s some sort of threat. When The Inquisitor shows up, it means something significant and it’s a definite challenge for our heroes.”

Isaacs, who played Lucius Malfoy in the eight Harry Potter films, has a voice that can easily convey intelligence and malevolence, which should make him an apt choice for any servant of the Empire and the Sith.

Jason Isaacs Cast As The Inquisitor In Star Wars Rebels