The holiday season is officially in full swing, with people rushing out to buy last-minute gifts and preparing for awkward family dinners. But thanks to The CW's Arrowverse of shows, a new holiday is on some fans' radar - Beebo Day.

Sure, Beebo Day is technically the same time as Christmas Day, and it only existed in the Arrowverse for about a third of Legends of Tomorrow's recent midseason finale. But it got us thinking about how exactly Beebo Day would be celebrated, and what kind of gifts would be best suited for such a joyous (and adorable) occasion.

So without further ado, here are ten gifts from across Supergirl, The Flash, Legends of Tomorrow, and Arrow that we think would be great Beebo Day gifts. (Besides an actual Beebo, of course.)

This is perhaps the first gift given within the context of the Arrowverse, with Oliver Queen/Green Arrow (Stephen Amell) gifting it to his younger sister Thea (Willa Holland) in Arrow's pilot episode.

At the time, Oliver sold it off as a knick-knack he bought at the Beijing airport. But as Arrow's flashbacks went on, we saw just how many uses the Hōzen had during Oliver's journey on the island.

The object not only functioned as a necklace, but it provided a list of coordinates to a submarine holding Mirakuru. And Oliver did have to keep the Hōzen away from Professor Anthony Ivo (Dylan Neal) and his men, which kind of puts the woes of Black Friday shopping to shame. 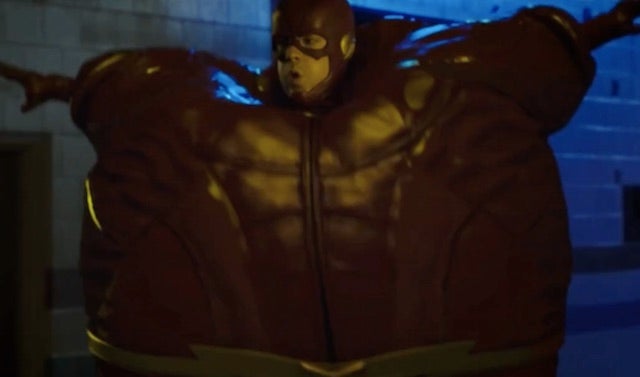 Sure, Barry Allen/The Flash (Grant Gustin) seems to get a new super suit on a pretty regular basis. But the latest upgrade - introduced in The Flash's "Mixed Signals" -- proved just how useful of a gift the outfit would be.

Temperature control? Roller skates? The endlessly ominous "Babel Protocol" feature? As is argued on The Flash, the suit has almost too many features, and Cisco almost screwed up his friendship with Barry because of it. But hey, that floatation device did end up saving Barry's life in the midseason finale. 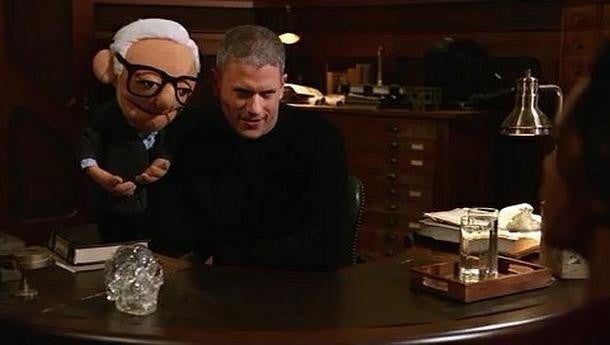 One of the Arrowverse's biggest departures might still be fresh on fans' minds, but one of the ways that Legends of Tomorrow decided to deal with it was pretty great.

Leonard "Leo" Snart/Citizen Cold (Wentworth Miller) joined the Legends in their midseason finale as a way of helping the group cope with the loss of Martin Stein (Victor Garber). He did so by holding individual therapy sessions -- and bringing in a Stein puppet for members of the team to talk to.

Admittedly, we're still trying to cope with Stein's death, so the original purpose of this gift would certainly be helpful. Plus it's hard to deny how cute Victor Garber looks in puppet form.

Sure, hand-me-downs are usually a weird thing to give as a sort of holiday gift. But as Supergirl proved, this sort of present would be a pretty great Beebo Day gift between the last children of Krypton.

James Olsen/Guardian (Mehcad Brooks) gave the blanket to Kara Danvers/Supergirl (Melissa Benoist) at the end of the show's pilot episode. This gave Kara the sort of inspiration that she needed, as well as a cape that wouldn't be damaged by bullets or whatever other things bad guys can throw at Supergirl.

Video games are always a hit during the holiday season, and Legends of Tomorrow gave us one that we're still very eager to play.

In the Season Two episode "Doomworld", the Legends were transported to an alternate reality where the Legion of Doom reigned supreme. When the team began reassembling, they found Ray Palmer/The Atom (Brandon Routh) as a bumbling janitor. In his man cave, Ray was seen playing a first-person shooter video game that clearly resembled the Dominator fight of that year's "Invasion!" crossover.

It's been months since that game was introduced into the Arrowverse, and we still have questions. How is the game structured? Do you get to choose which hero to play as? Is there a side quest where you enter Oliver Queen's dream world? (We hope so.)

In a blink-and-you'll-miss-it moment, Supergirl introduced a book that we'd totally put at the top of our reading list.

Nine Lives and Counting appeared in Supergirl's "Midvale" flashback episode, as Eliza Danvers (Helen Slater) read it in the Danvers household in 2007.

Granted, the memoir would be over ten years old now, so it might not be the most complete account of Cat Grant's (Calista Flockhart) life. But with Cat rarely appearing in Supergirl nowadays, we could certainly use an outlet for her anecdotes and celebrity connections. Maybe there can be an updated version featuring Cat's newest job.

Equally as practical is the knife set from Sinks, Showers, and Stuff, the delightful-sounding store in Legends of Tomorrow's Season Three premiere.

After the Legends were officially disbanded, Sara Lance/White Canary (Caity Lotz) turned to a job in retail, selling various home and good products. In her downtime, the ex-assassin turned to knife-throwing, and acted out a lot of retail workers' inner monologues in the process.

Whether you need a gift for the mercenary in your life, or just someone who likes to cook, this knife set seems like the way to go. Plus, look at that sale on cutting boards! 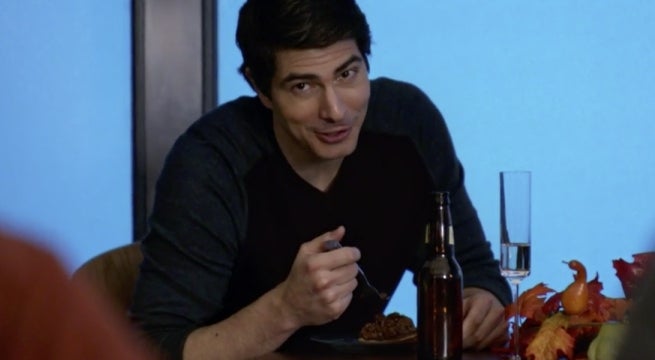 Legends has introduced many historical Easter eggs over the years, but this one would certainly be a godsend around the holidays.

In the episode "Welcome to the Jungle", Jax Jackson/Firestorm (Franz Drameh) is tasked with saving President Lyndon B. Johnson from being blown up by a land mine. As a reward, Jax is given a piece of paper with top secret info - Lady Bird's recipe for pecan pie.

As it turns out, the recipe isn't actually as secret as Legends made it seem. But as Zari Tomaz (Tala Ashe) explained, the finished pie was better than any sort of medal or accolade.

Sure, this might not be the most tangible of holiday gifts. But it's hard to deny that Barry Allen's proposal to Iris West (Candice Patton), and the song he used to pop the question, is among some of the Arrowverse's sweetest moments.

Admittedly, there are some narrative leaps with "Runnin' Home to You". Did Barry have this song prepared, even after his first proposal to Iris ultimately fell through? Would he have sung the song even without the events of the musical crossover? And does Barry suddenly have an impressive knack for songwriting, or did he outsource to the actual Oscar-winning duo that composed the song?

And finally, it's hard to deny that Arrowverse fans would love an excuse to visit its most popular burger joint.

Big Belly Burger first became a running joke in Arrow's early seasons, before expanding to The Flash and occasionally appearing on Legends. And in an adorable video promoting this year's season of shows, it was revealed that the chain has now expanded to Supergirl's National City.

Who knows, maybe Big Belly Burger could do some sort of inter-dimensional combination gift card deal with The Flash's Jitters coffee shop and Supergirl's Noonan's? It'd certainly be a good backup, in case your family's holiday dinner goes awry.

The Arrowverse shows are on winter hiatus right now and will return starting with Supergirl on Monday, January 15, 2018 at 8/7c on The CW.