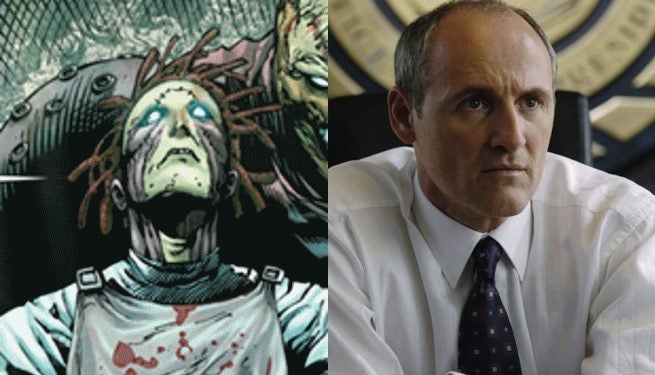 Deadline is reporting that Colm Feore will play the villainous Dollmaker on Fox's Gotham.

Feore may be best known for his role as Giuliano Della Rovere in The Borgias, but also played King Laufey in Thor, Donald Menken in The Amazing Spider-Man 2, and Lord Marshal in The Chronicles of Riddick.

Dollmaker, real name Dr. Francis Dulmacher, has been teased since the second episode of Gotham, in which Selina Kyle names him as the culprit behind the mass kidnappings of the city's street children.

The character first appeared in Detective Comics #1 (the New 52 relaunch), and was created by Tony Daniel. Like many of Batman's rogues, he gets his moniker from his madness, as he is a surgeon turned serial kill who creates dolls out of the body parts of his human victims.

A different version of Dollmaker previously appeared on Arrow, where he was played by Michael Edlund.