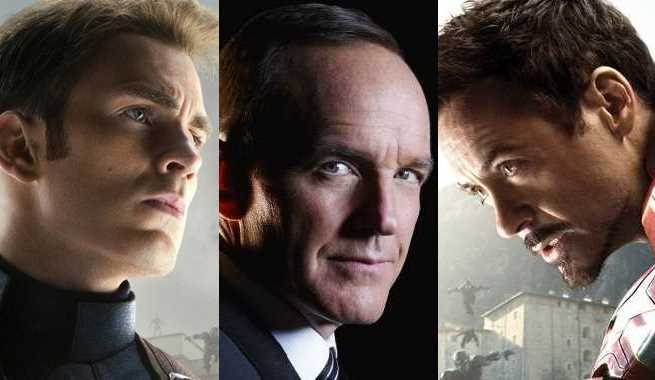 Recent episodes of Marvel's Agents of S.H.I.E.L.D. have seen the organization split in two, with Phil Coulson and his team on one side, and Robert Gonzales' on the other. Could this be a precursor to the coming conflict between Tony Stark and Captain America in Captain America: Civil War?

The conflict in Agents of S.H.I.E.L.D. does revolve quite a bit around differing attitudes towards powered individuals. And then there's S.H.I.E.L.D.'s gifted index. Could this be leading to a Superhero Registration Act?

"We already brought that notion up," executive producer Jeffrey Bell tells THR. "Skye has powers and in episode 11 Simmons was going, 'I always supported him, but now I'm not so sure. All our chasing has led to death and destruction.' She's reevaluating her stance. Internally, we're having that same debate. If there weren't super-powered people doing bad things, we wouldn't need super-powered people doing good things. I think that's just good conflict within our team. Then you have the larger version of that which is Gonzales and his team who have been attacked by an enhanced person. If you have a bad experience with one enhanced person then you're suddenly profiling all enhanced people and saying it's bad. There are a lot of good metaphors here especially when we head into the Inhuman world about people being different, about people changing, how others react to that and how they are controlled. We have had an index since season one of people who have powers or might have and put them on a gifted index list. That's certainly alive in our world. Some people think that's a good thing while others find that to be a terrifying idea."

We'll have to see how far Coulson and Gonzales take their battle ahead of Captain America: Civil War, opening May 6, 2016.