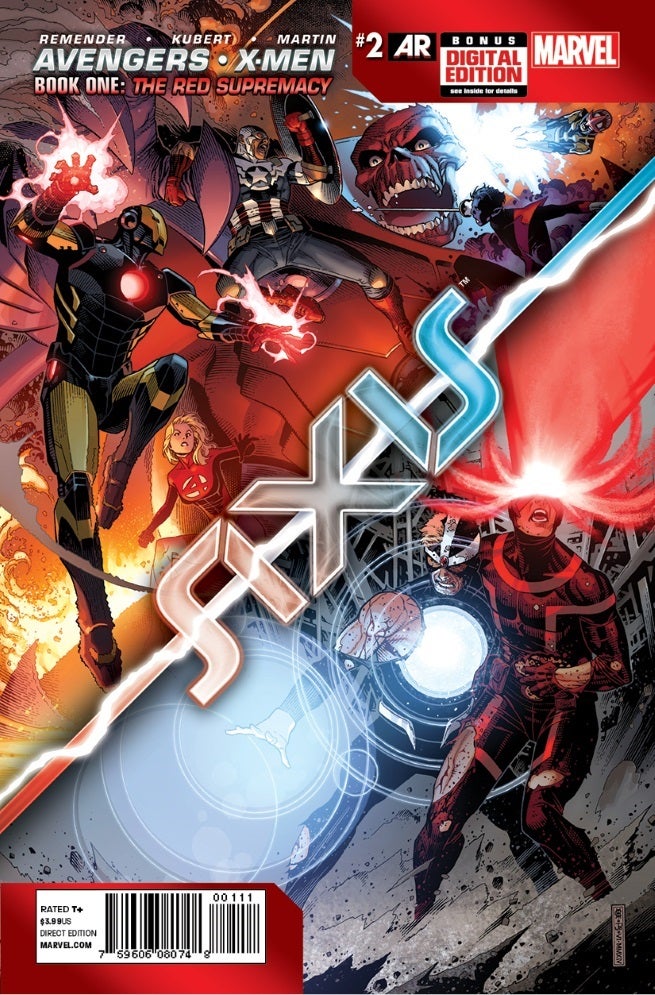 Marvel Comics has released a first look preview of Avengers & X-Men: Axis #2, by Rick Remender and Adam Kubert, in which the Avengers and the X-Men unite to battle the Red Skull.

The Red Skull's unmatched psychic potential knows no bounds. And he has yet to reveal his master plan. A dark secret that promises to shatter the fragile alliance of A and X – and leave broken bodies in its wake. A secret stretching back to the days of the super hero Civil War. A secret poised to upend the life of Tony Stark and all he cares for.

Even working in unison, the Avengers and X-Men may be enough to stop the Red Skull, especially when Magneto betrays the alliance. 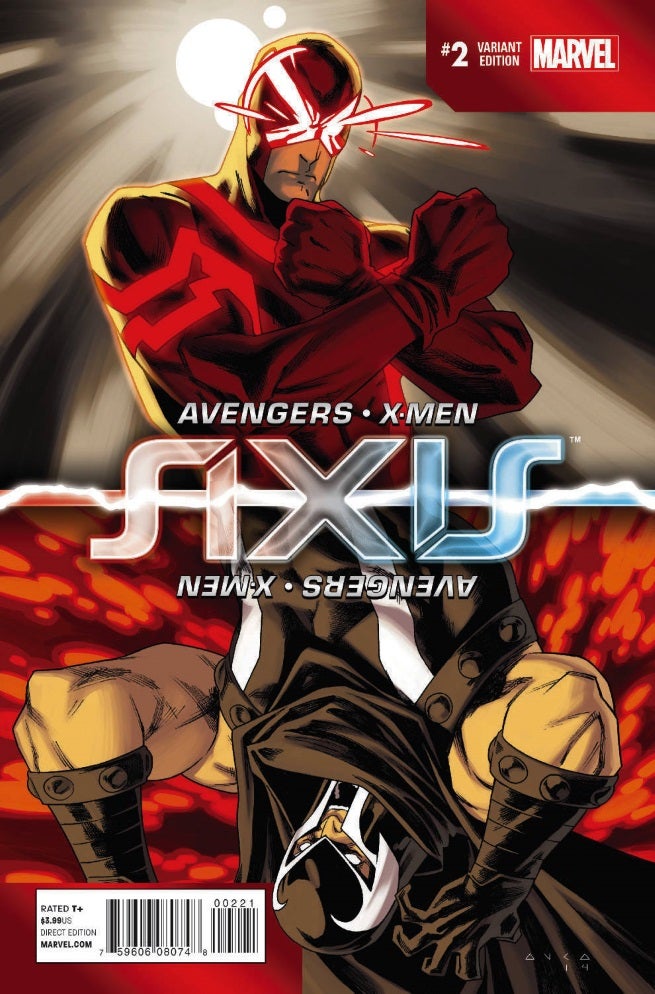 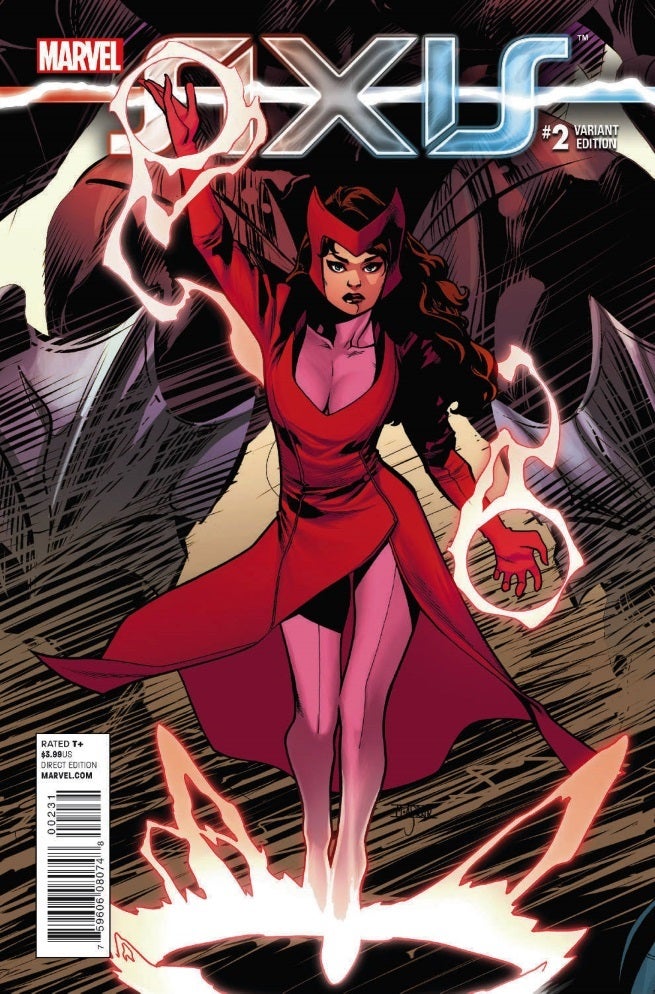 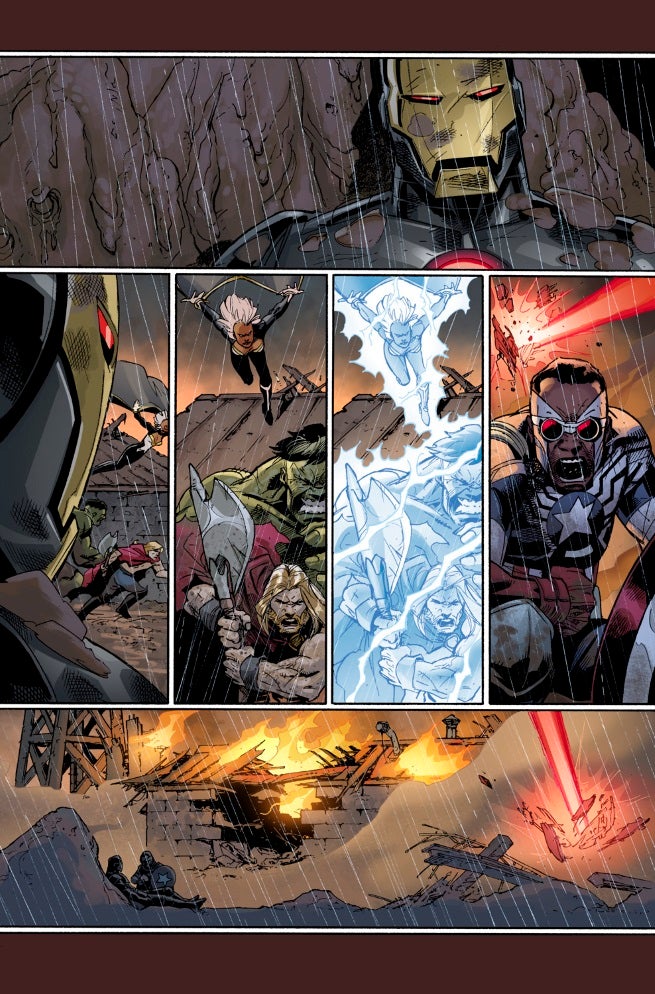 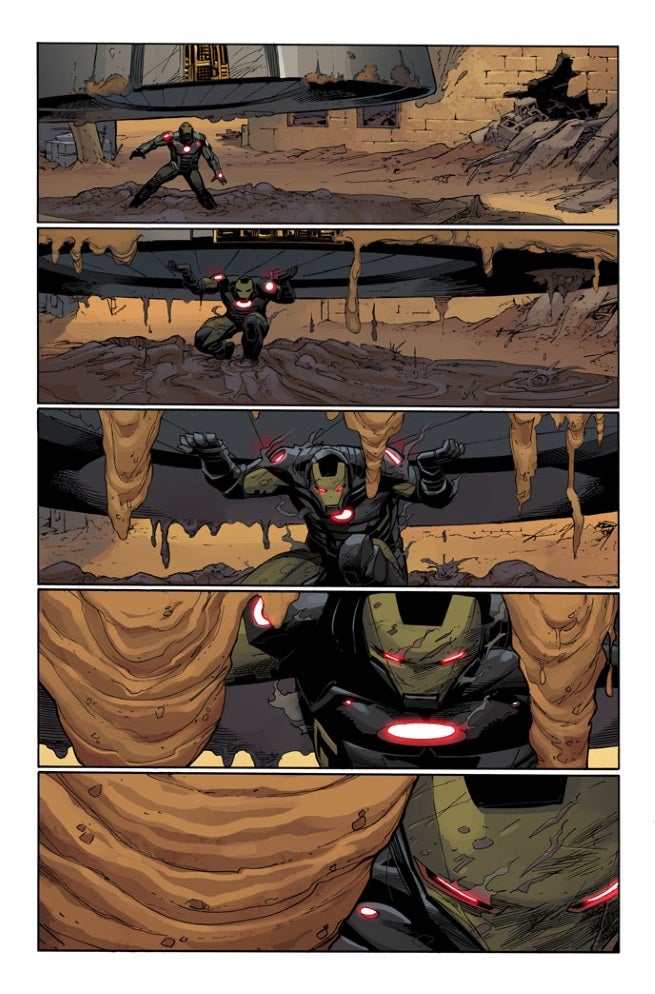 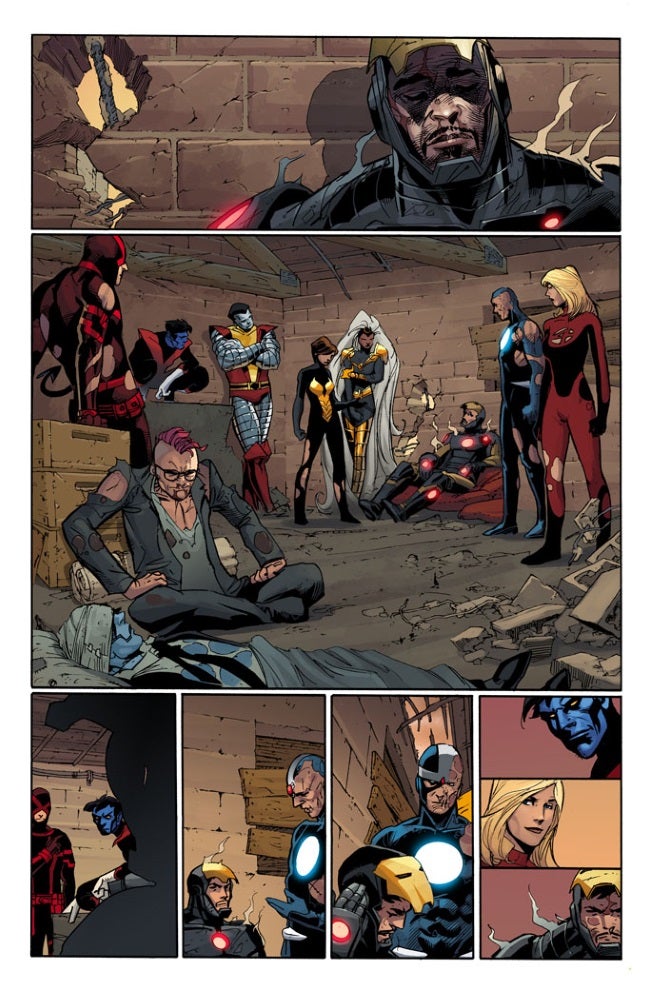