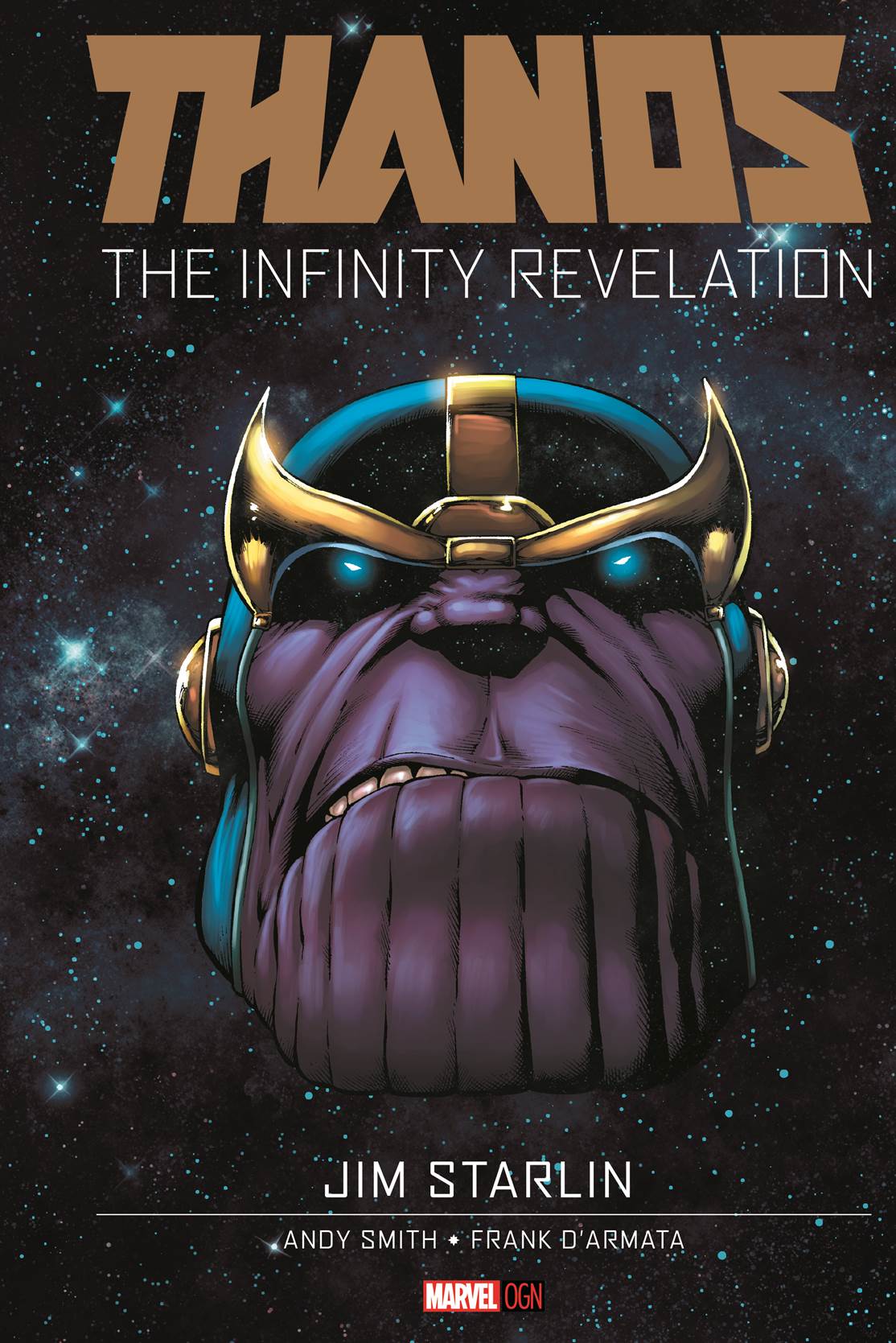 Marvel Comics today have released a lettered preview of Thanos: The Infinity Revelation, scheduled for release in the comics direct market next week.

Written and drawn by Thanos's creator Jim Starlin, the title is scheduled as a companion to Guardians of the Galaxy, out today in theaters.

You can check it out below, along with Marvel's official description. 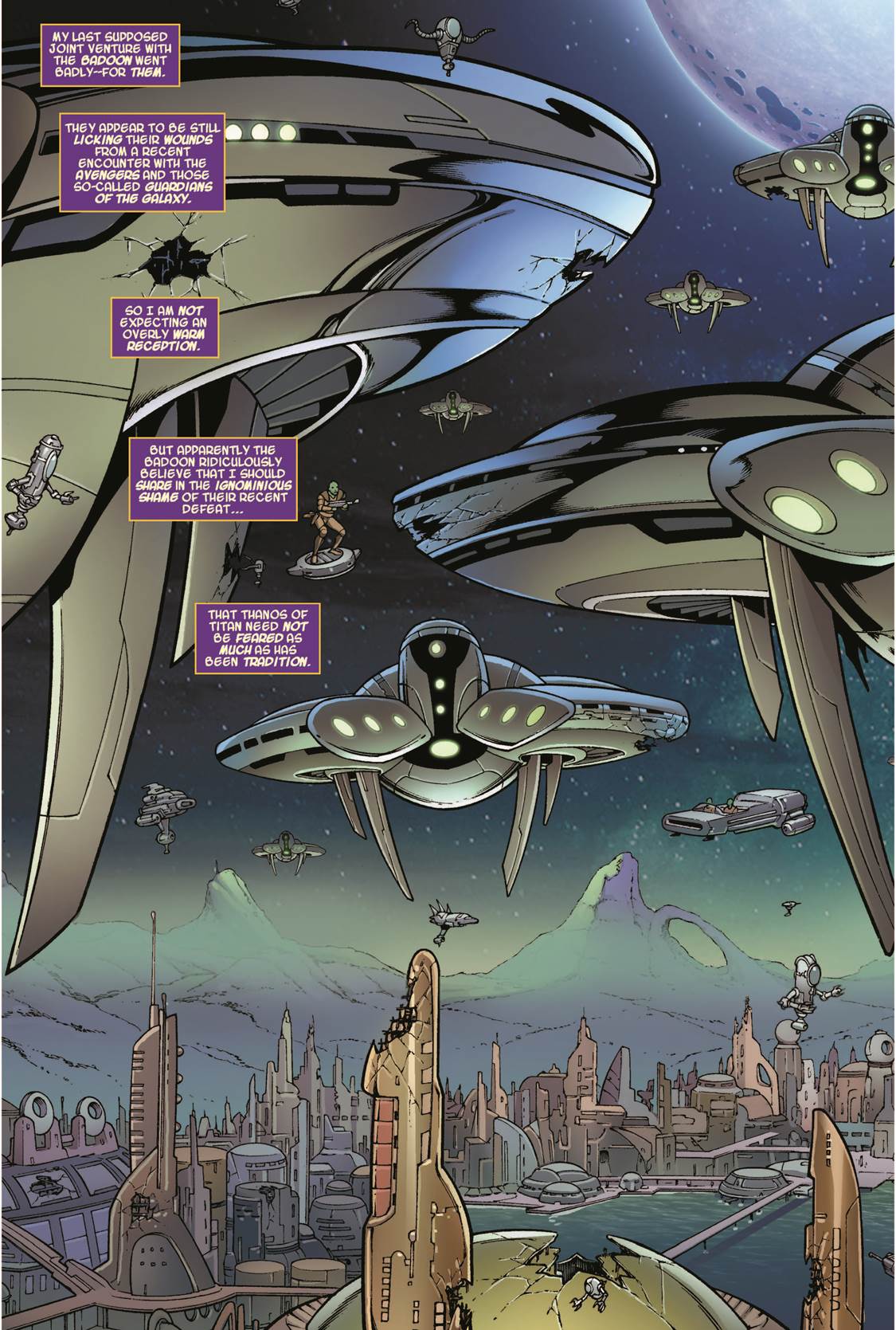 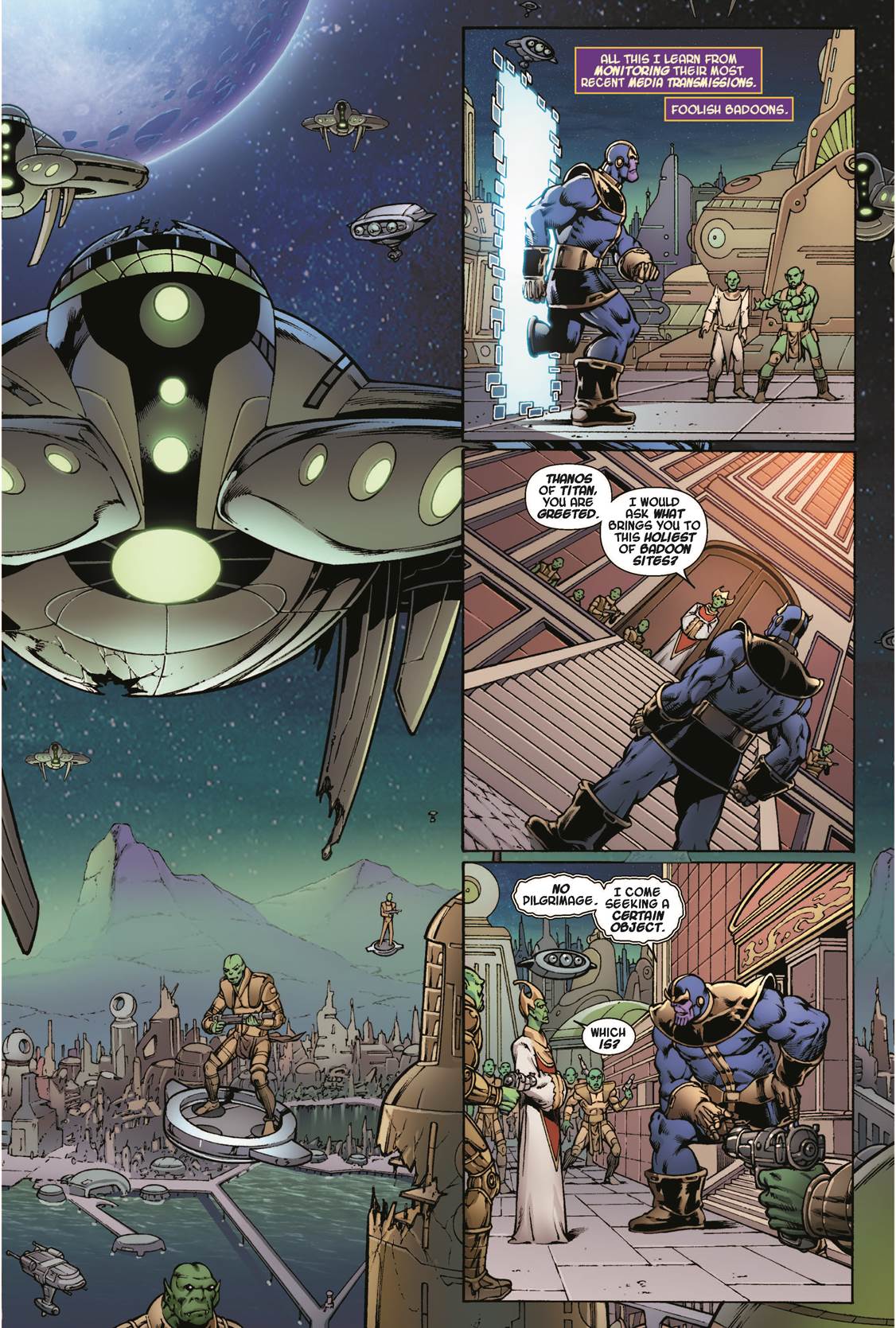 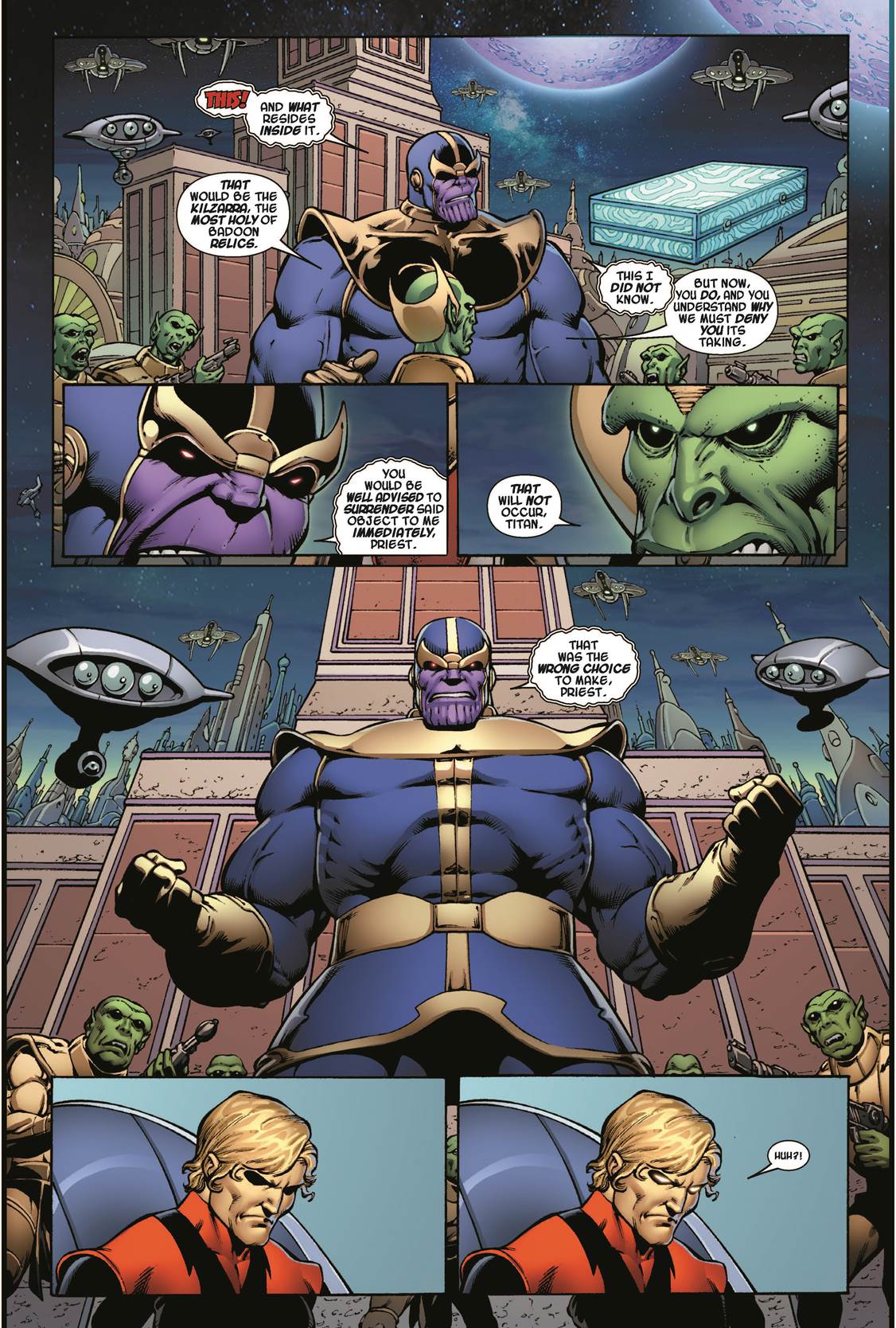 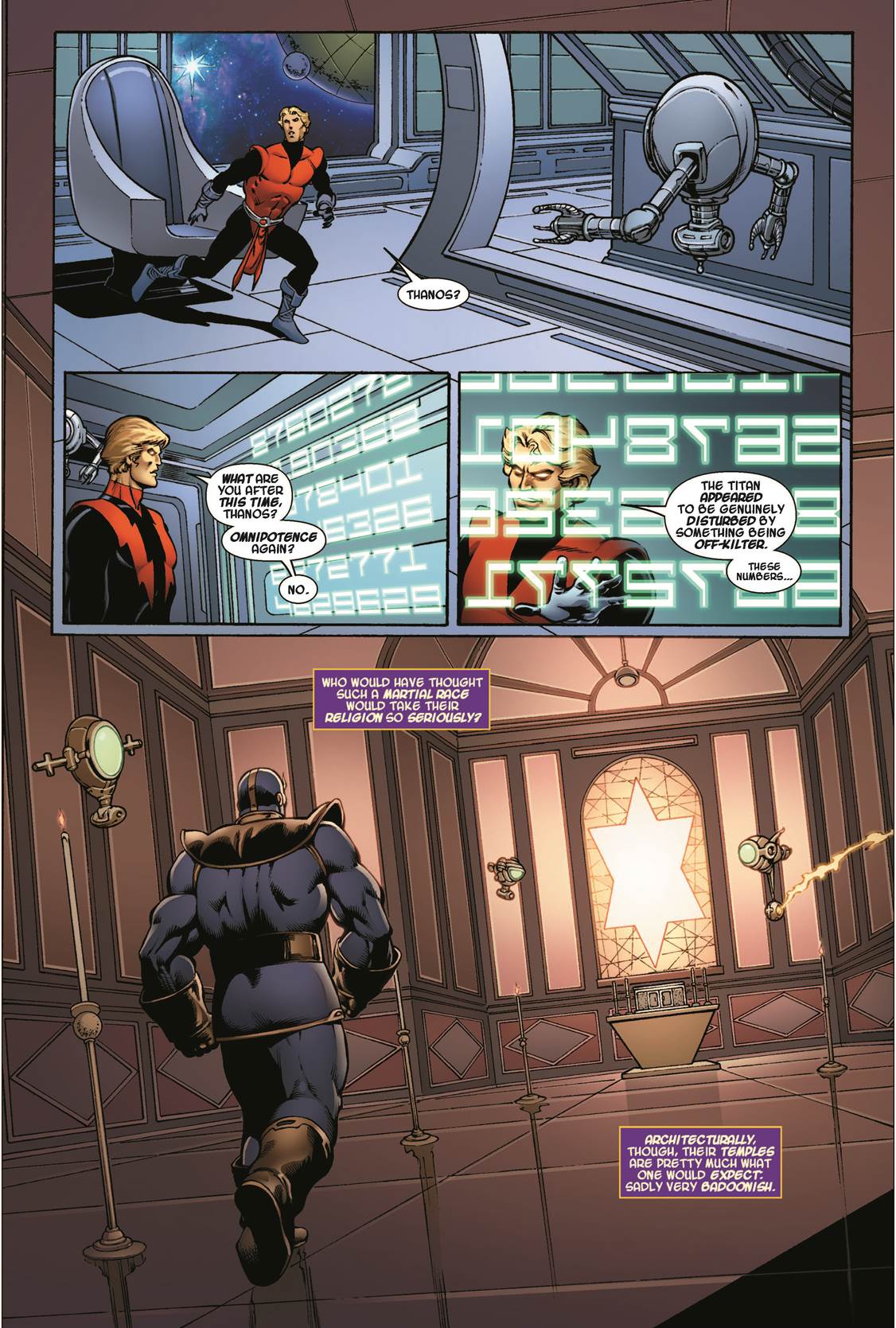 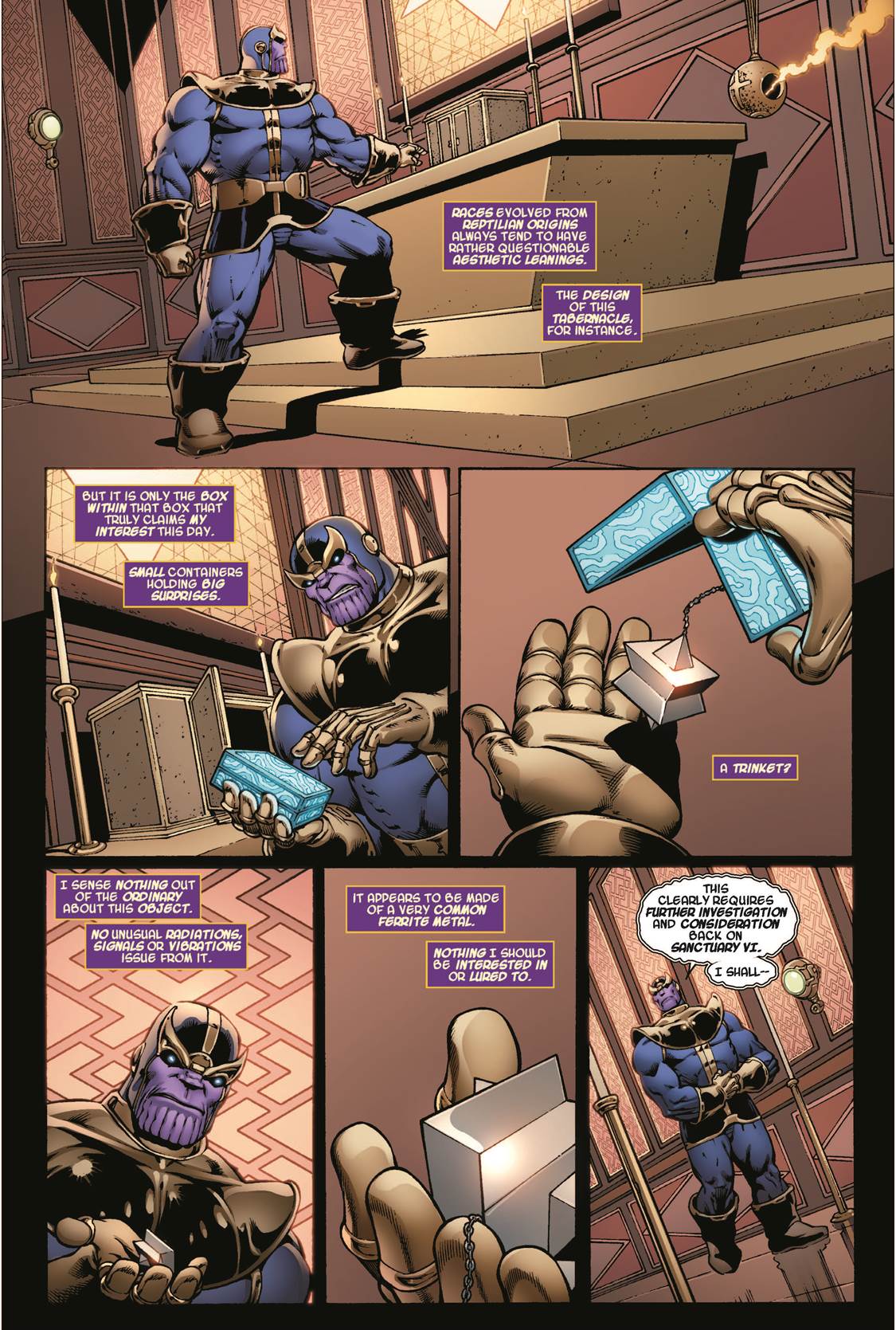 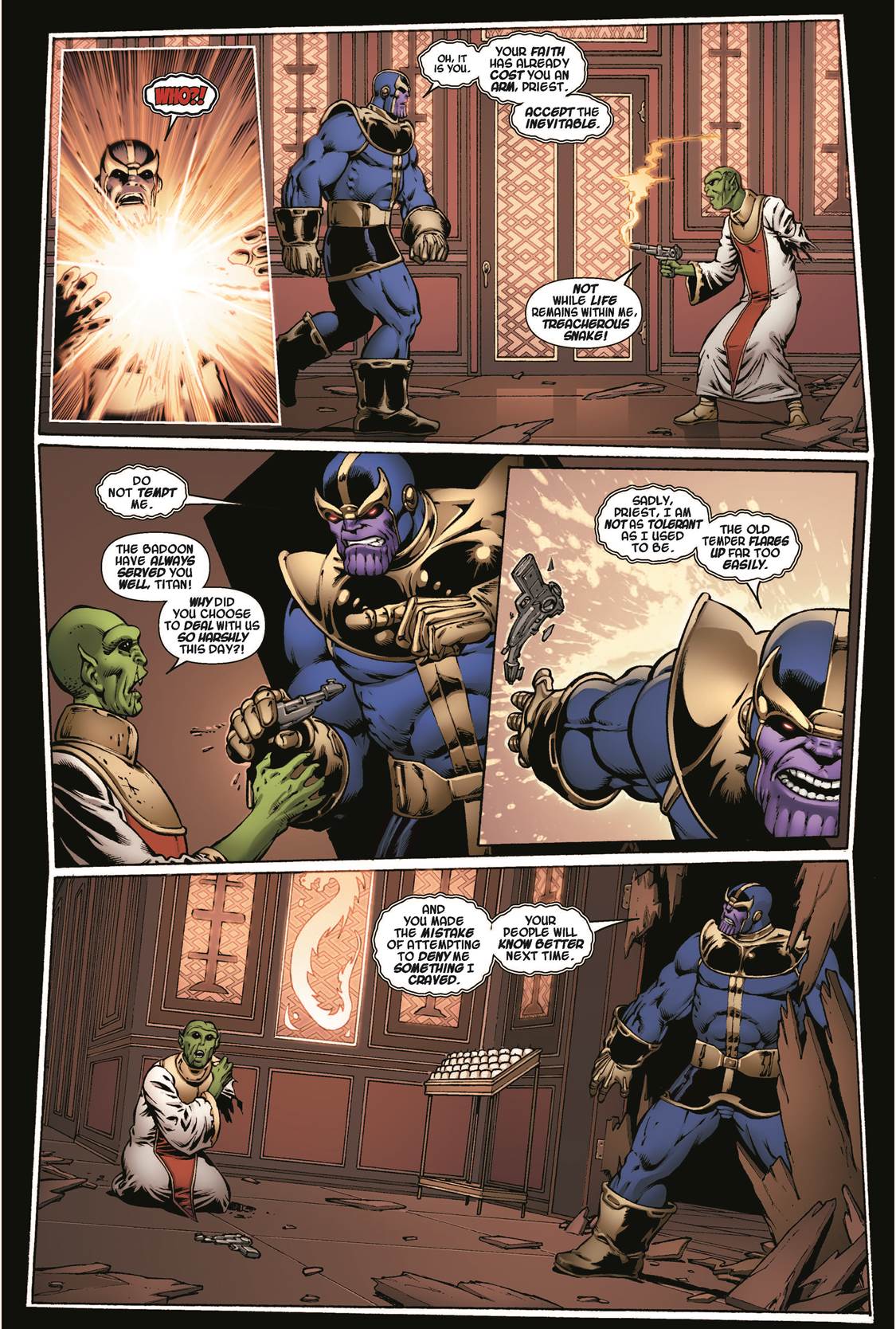 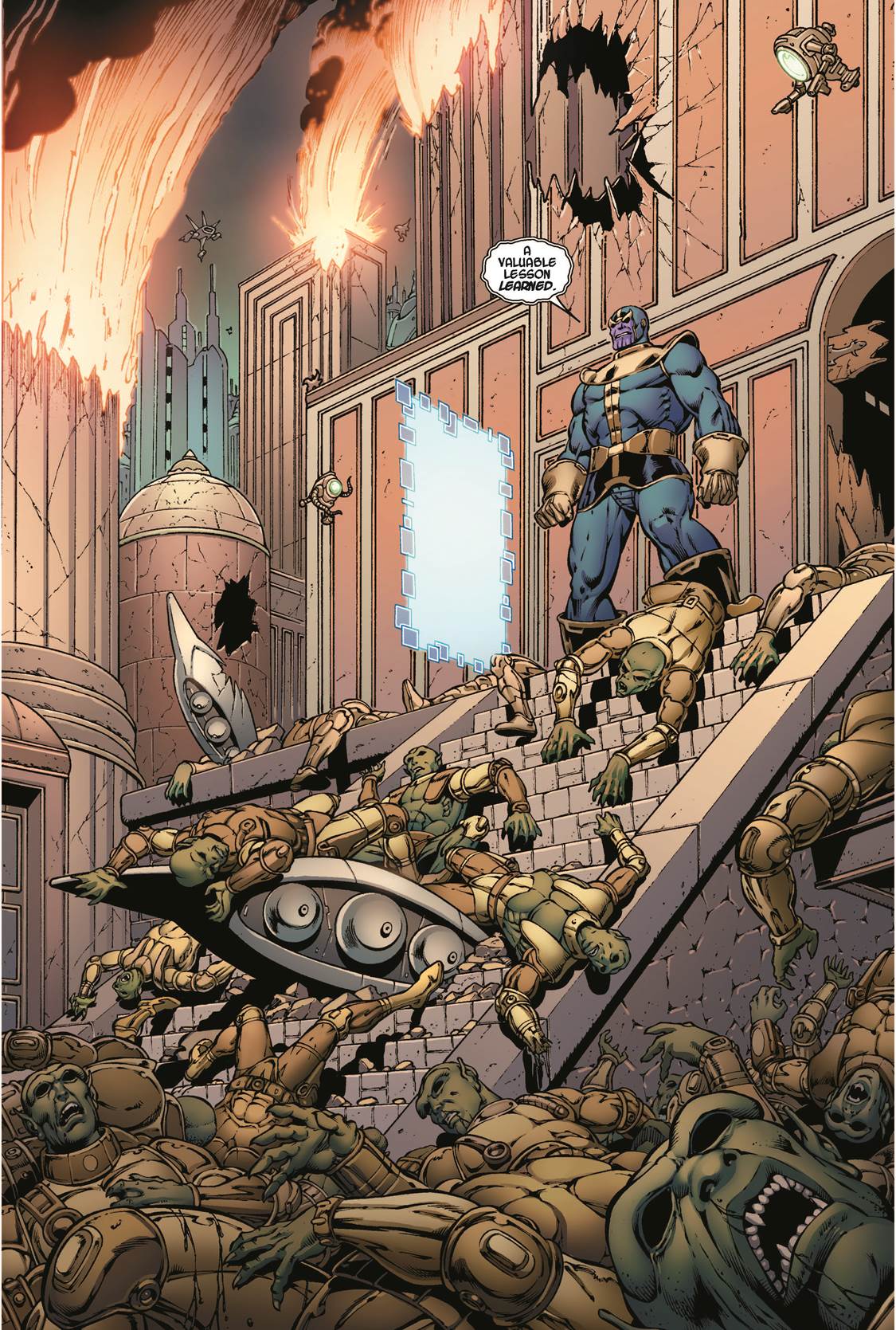 The Mad Titan embarks on a new journey next Wednesday in Thanos: The Infinity Revelation OGN, the all-new Marvel OGN from comics legend Jim Starlin! But first, Marvel is proud to present a new lettered preview of the newest entry in Marvel's all new Original Graphic Novel line. Featuring the world's most popular characters brought to life by the best creators, Marvel's new OGNs debut in a high-end, oversized format featuring sophisticated packaging and design. Witness as master storyteller Jim Starlin (The Infinity Gauntlet, Captain Marvel) returns to the cosmic arena for a new story featuring his most famous creation Thanos! With his once sworn enemy Adam Warlock at his side, he'll cross paths with the Guardians of the Galaxy, the Silver Surfer, the Badoon, the Annihilators and ultimately, Death herself!

As Thanos and Warlock square off against some of the most powerful beings in the universe, but to what ends? And when the dust settles, what will remain? Prepare for an epic tale of death and rebirth that will leave the Titan changed in Thanos: The Infinity Revealation OGN – on sale in comic shops and book stores everywhere next Wednesday, August 6th!

Additionally, this original graphic novel will also include a code for a bonus digital edition of Thanos: The Infinity Revelation, redeemable for reading via the Marvel Comics app (for iPhone®, iPad®, iPad Touch® & Android devices) and online in the Marvel Digital Comics Shop. This code is included at no extra charge, allowing fans to keep their copy of Thanos: The Infinity Revelation safe on their bookshelves but still carry this exciting story with them on the go to read anytime, anywhere!