Marvel Comics has revealed the armor design for Riri Williams, the 15-year-old girl who will take over as Iron Man (at least until she comes up with her own name) after Civil War II. While Riri has already made her own armor in her dorm room at MIT, these designs show a sleeker, more professional armor – designed by series artist Stefano Caselli - that is instantly identifiable as Iron Man's. 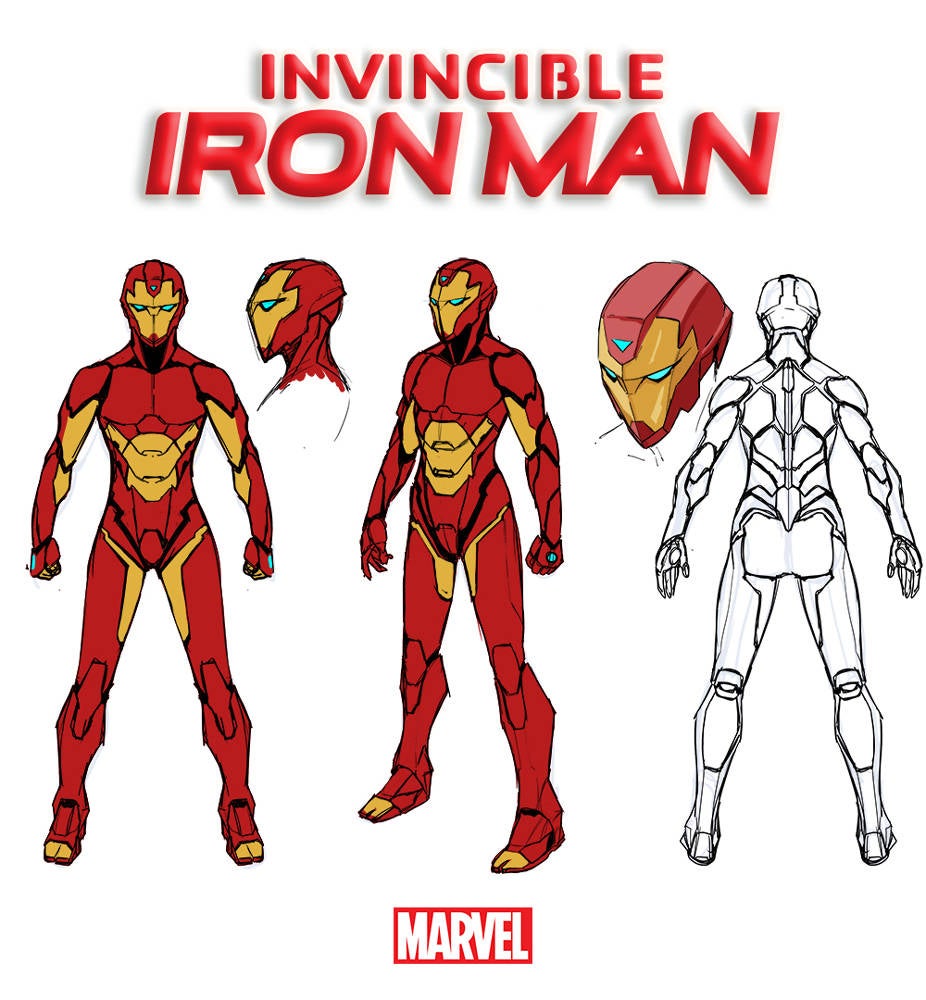 "We're in the middle of a very big Tony Stark storyline – actually three storylines converging," said Invincible Iron Man writer and Riri's creator Brian Michael Bendis when the announcement was made. "His best friend died, his company is collapsing and he's finding out who his biological parents were all at the same time. How that all shakes out such that Tony is no longer in the armor? You'll have to wait to find out for the end of Civil War II. But it does create a path for Riri Williams, who Tony will know and will be interacting with very shortly in the comics."