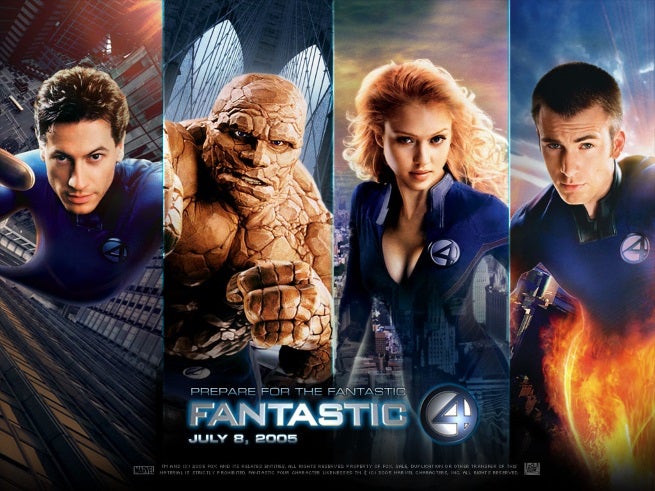 While promoting his new film Whiplash, Miles Telller, who will play Mr. Fantastic in the upcoming Fantastic Four reboot, was asked a question by Vulture about how the new Fantastic Four film will be different from its predecessors.

"It's different in every way," Teller says. "All those actors were a lot older, their characters were in different places. The tone of this film is completely different: We don't have Michael Chiklis in a big Styrofoam thing, and I think that [a more grounded approach] is what people are into — X-Men: First Class is doing that. You're dealing with these characters but you're making them real people in how they exist day-to-day. People wanted it to be taken more seriously than the kind of Dick Tracy, kitschy, overly comic-book world."

This may be a misreading of what was wrong with the previous Fantastic Four and Fantastic Four: Rise of the Silver Surfer. It wasn't the "comic-book world" feel that doomed those films, or that they weren't serious enough. Those films were flawed on every conceivable level of execution.

It's also a little funny that he should cite X-Men: First Class as an example of a more realistic approach, considering that First Class was significantly more "comic-book" than any of the X-Men films, with its bright blue and yellow costumes and not being afraid to soak in the 1960s setting. Makes you wonder how Teller is defining "comic-book."

"At the end of the day, it depends on the product," he said. "Guardians of the Galaxy was a really fresh take on it, I think people responded to that. In terms of where we are in the schedule, we're playing the same weekend they were playing. But it's a big summer: You've got Avengers, and my buddy [Whiplash co-star J.K. Simmons] is in Terminator, and you got Jurassic World. There's a ton of movies out there, so if people have an appetite for it, they'll see a couple, and if not, maybe they'll just see one."