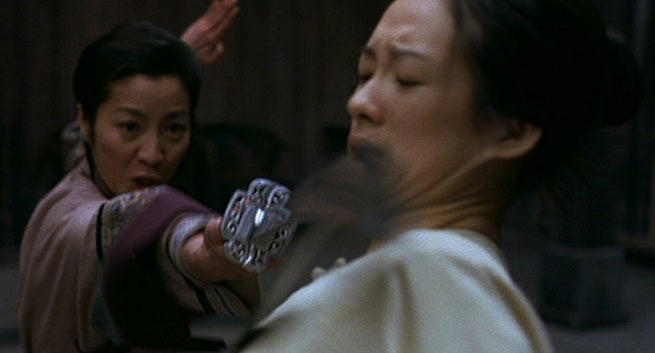 The Weinstein Company have announced that they are developing a sequel to the modern martial arts classic Crouching Tiger, Hidden Dragon that will debut on IMAX screens and Netflix on the same day.

Variety reports that Crouching Tiger, Hidden Dragon: The Green Legend is due for an August 28, 2015, debut. The movie is the first of several major films to premiere day-and-date both on the SVOD service (at no extra charge) and in select IMAX theaters worldwide.

"Fans will have unprecedented choice in how they enjoy an amazing and memorable film that combines intense action and incredible beauty," Netflix Chief Content Officer Ted Sarandos said in a statement. "We are honored to be working with Harvey Weinstein and a world-class team of creators to bring this epic story to people all over the world and to partner with IMAX, a brand that represents the highest quality of immersive entertainment, in the distribution of this film."

"The moviegoing experience is evolving quickly and profoundly, and Netflix is unquestionably at the forefront of that movement," added Harvey Weinstein, co-chairman of TWC. "We are tremendously excited to be continuing our great relationship with Netflix and bringing to fans all over the world the latest chapter in this amazing and intriguing story."

The trade publication speculates that theatrical exhibitors will be upset with the move, uneasy as they are about digital distribution encroaching on their domain.

Earlier this year, Veronica Mars stirred controversy when it became the first mainstream release from a major motion picture studio to be released simultaneously on digital-on-demand services and in theaters -- but that movie was done on a small budget and opened in relatively few theaters, with no IMAX release. Later in the year, Snowpiercer, a graphic novel adaptation starring Captain America's Chris Evans, followed a similar release model.