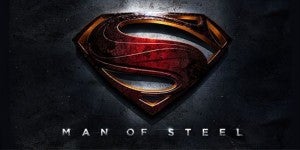 It has been widely reported that Warner Bros. is fast tracking the Man Of Steel sequel. We had even heard from sources that Warner Bros. might try to rush Man Of Steel 2 out by sometime in 2014. We were leery of this information, because we just didn't see how Warner Bros. could get a sequel written, shot, and edited in time to be released in 2014. Because of this, when we ran our report on the DC Cinematic Universe, we reported Warner Bros. was planning to have the Man Of Steel sequel in theaters at least by the summer of 2015, maybe earlier. Now, other reports are coming out that seem to support the "maybe earlier" rumors. The Wall Street Journal has just gone on record  quoting knowledgeable people close to the studio as saying that the Man Of Steel sequel is being fast tracked for release as soon as 2014. While 2014 might seem like an almost impossible date to hit, no one really knows for certain what the status is of the script for a Man Of Steel sequel. Could it be that David S. Goyer has already finished the script? Henry Cavill was also back in the gym earlier this month, possibly starting the process of bulking up for a Man Of Steel sequel. On June 4, trainer Eric Fleishman tweeted a photo of  himself with Henry Cavill after what he said was a massive workout. There also don't appear to be any other immediate projects on director Zack Snyder's schedule other than Man Of Steel 2 according to IMDB. Could it be that Warner Bros. was anticipating Man Of Steel being a huge hit and already has a plan laid out to turn around a sequel as early as 2014? With superhero movies being the only surefire hits at the box office over the last couple years, it might be that Warner Bros. is needing Man Of Steel 2 sooner rather than later to hit their 2014 box office goals.

Man Of Steel Sequel Could Be Released In 2014