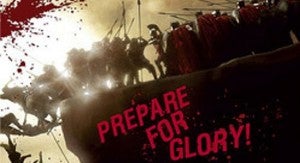 The Xerxes-centric 300 prequel, previously titled The Battle of Artemisia, has been retitled, and is now to be titled 300: Rise of an Empire, according to Warner Brothers.

Gerard Butler, who played Leonidas in 300, will not return for the second film.

The film will star 300's Xerxes, Rodrigo Santoro, as well as former Bond Girl Eva Green, and is reportedly being written by Frank Miller, writer/artist of 300, who will write and draw a graphic novel to accompany the film. It's to be directed by Noam Murro and will be in theaters on August 2, 2013.

300 Sequel Gets a New Title