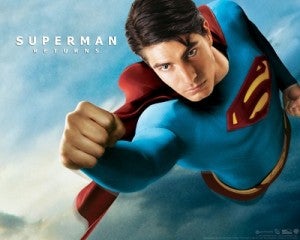 With recent news that Brandon Routh's contract with Warner Bros. has been allowed the lapse, the star of the recent Superman Returns finds himself on the outside looking in. With word that the studio may be going for a reboot of the franchise, with a new actor it would appear, who might be able to step into the red boots of the iconic DC hero? Considering the fact that a relative unknown was cast as the Man of Steel last time, with Routh's most well-known work coming from his time on the soap One Life to Live, here are some actors hovering on the outside of major fame, and a couple of more household names, who might make Clark Kent proud!

Joseph Gordon-Levitt: For your consideration, an actor who has been working since he was a child, but is just now getting wide recognition. Getting his major break on the TV series Third Rock From the Sun, he's set to star as Cobra Commander in the upcoming G.I. Joe: The Rise of Cobra. With a fresh face, strong profile and a frame that muscle could be packed onto for the Superman parts of filming, Levitt has a great canvas on which to paint the persona of DC's flagship hero. Image courtesy of hitflix.com.

Emile Hirsch: Another budding young star, Hirsch is no stranger to work with special effects and the world of comics and animation. Starring in 2008's Speed Racer, Hirsch has some experience in an action film, and has also proven his dramatic ability in films such as Milk and Into the Wild. He lost quite a bit of weight for his role in Wild, proving that he's able to mold and change his body for a role. With lots of critical acclaim for his performances in those two noted films, Hirsch would add credible acting talent to a reboot.

Ryan Gosling: Not a typical Hollywood actor, Gosling has made a name, and a solid critical reputation, playing quirky and unique characters in films such as Lars and the Real Girl and Half Nelson. Choosing Gosling could add some "new branding" on the classic hero. Warner Bros.' risk with a different direction would certainly stoke interest from those who have seen every film in the Superman series as well as those who are curious. Gosling is also approaching thirty, and using an actor who has a few years on someone such as Routh would also be part of a new approach.

Jake Gyllenhaal: Someone who certainly is no stranger to the silver screen, Gyllenhaal would add a huge boost in star power and name recognition to a Superman project. Gyllenhaal wouldn't need much work to be physically ready for the film; consider his work in the film Jarhead, and he can certainly handle a demanding role, physically or emotionally, as seen in both The Day After Tomorrow and Brokeback Mountain. Imagine the buildup and anticipation with an actor of Gyllenhaal's stature attached to a project with this much behind it!

James Marsden: A little old, at thirty-six, to play the boy in blue? Maybe. But audiences, especially comic book audiences, already know his work as Cyclops in the X-Men franchise as well as his appearance in Superman Returns! Would it be interesting to cast someone who already made an appearance in the film series before as a different character? Maybe so, but an angle exploring a little bit older superman could prove interesting as a reboot or continuation of the storyline from the last film. Marsden could certainly pull it off! So who else should be on this list? Are there other actors, perhaps on TV, with small parts in films, or at your local playhouse who should wear the cape and symbolic S? If so, let us, and more importantly Warner Bros., know! Should they quickly resign Brandon Routh? Tell us your thoughts!

A New Superman? Consider the Possibilities

Doctor Strange 2 May Include MCU's First Reference to Namor

Snake Eyes Sets the Stage for a Much Bigger G.I. Joe Universe