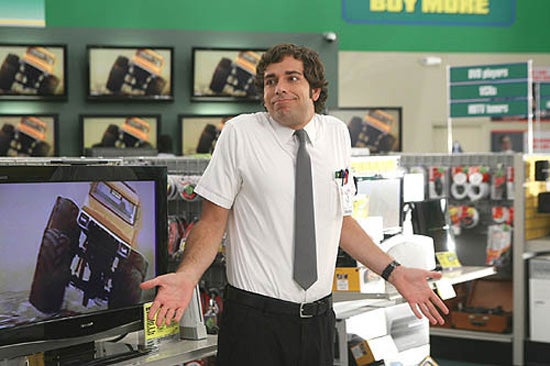 More than halfway through the first season of Marvel's Agents of S.H.I.E.L.D., the show is starting to pick up steam and shed some of the harsher criticisms of its opening episodes as plodding and directionless. They've also begun to respond to one of the most persistent complaints from the show's expected fan base: that they don't actually feel very much like they're part of the interconnected Marvel Cinematic Universe. It wasn't just a lack of recognizable superheroes and supervillains (although that was the biggest sticking point for many fans, whom series star Clark Gregg terms "losers"). My problem with the show, in fact, is emphatically not a lack of superheroes. It's flat, unlikable characters, terrible dialogue, forgettable stories, generic villains and a production that looks like a plastic set because they're so preoccupied with trying to replicate the look of a $200 million movie on a TV budget. 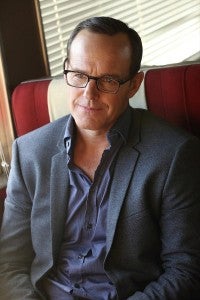 That last part is particularly key because it suggests that they can't accept their own limitations. That's a recurring theme here, with Gregg calling viewers names when their expectations didn't sync up with the reality of the show and Jeph Loeb emphatically stating in interview after interview that the show has been right on target since the pilot and doesn't need work. When the series was announced, I didn't expect superheroes. I expected, basically, Gotham Central. Regular folks dealing with trying to be heroes in a world where everyone worships crazy people in tights who can move planets. Not only was that what I expected, but it's how the show was sold. Because, you know, "not all heroes are super." Instead, what we got was a sleek, shiny and soulless X-Files knockoff. "As a gigantic fan of Buffy the Vampire Slayer (best TV show ever), I've learned never to judge a show by its first 13 episodes," our staff writer Jamie Lovett said in the comments thread below one of the stories linked above. "I jumped off Arrow early because of those first few episodes and everyone keeps telling me it was a big mistake because of how much better it got." He's latched onto two common comparisons: Buffy the Vampire Slayer, and Arrow. In the case of Arrow, it's usually just because they're superhero adaptations, although more recently the additional "Arrow wasn't super-strong when it started either" wrinkle has been added. And it's right, of course; Arrow struggled to find its voice out of the gate and improved slowly but surely over the course of the first season before taking a giant leap forward with Season Two. That's true, as another commenter noted, of a great many series on network TV these days. The Office was an uninspired retread of its British counterpart at first. Cougar Town was too bound to its concept to embrace what obviously worked about its cast and writers for the first six episodes. 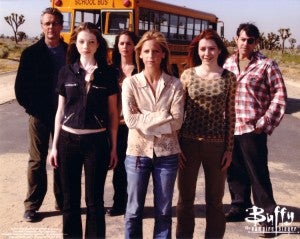 The Buffy comparison is equally shallow in many ways, but arguably accurate as well. It's all about the involvement of Buffy creator Joss Whedon, a showrunner whose series get off to notoriously uneven starts. The only Whedon-led series that most would argue started out objectively great was Firefly, which lasted only a season and has reportedly become a source of stress for Whedon when starting other shows. He worries, it's been said, that Firefly was too ambitious from the get-go scared the network, who didn't know what to do with the wildly different series and so dropped the ax. But the same people who are telling us to "give it a chance. It's a Joss Whedon show, so the first season will suck and then it will be genius" are the ones who have been reminding us all along that Marvel emphatically pointed out before the pilot aired that the show "wouldn't be about superheroes." True--they also told us a hundred times that Whedon (who directed the pilot episode) was not the showrunner; his brother and sister-in-law took over the show once it was picked up to series. So I'm a bit skeptical of holding it to a special "Joss Whedon" standard that nobody else gets to enjoy. It's clear that the plan all along has been to be a Joss Whedon show, whether or not he was running things. And that's been a problem, honestly. They've apparently built this sweeping epic that runs the length of Season One, and are expressing frustration with fans and critics who can't see the forest for the trees--but "It's All Connected" only started to be a hashtag for S.H.I.E.L.D. after the midseason finale. It's unfair to blame audiences for missing the forest they haven't been told to look for. Meanwhile, it's been suffering through a Buffy-style first season, and its supporters fail to realize that if there were enough Joss Whedon fans to give them that kind of rope, Firefly and Dollhouse might still be on the air. 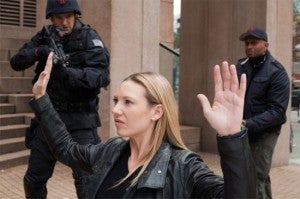 Instead of trying to ape Joss Whedon, the showrunners might have done well to seek out some of the shows that have performed in this genre recently. Fringe and Chuck come to mind, the latter especially because it just...feels like a Marvel production. It's got action, heart, humor and brains. The super-spy stuff is there, and it's done well, but they never overreached and always managed to work within their budgetary and format restrictions. They got unknown actors, like S.H.I.E.L.D. did (for the most part; thanks to Whedon, Chuck's Adam Baldwin was pretty familiar to fanboys), but they did a better job casting; focusing on a small core of well-developed and intensely likable characters, Chuck had more going for it by the end of the pilot than Agents of S.H.I.E.L.D. has by the time they take on the reliable old "Bottle Episode on a Train" trope (it took Chuck nearly its entire run to do that, but don't hold it against S.H.I.E.L.D.; FX's Archer did it almost immediately). With few/no ties to the Marvel Universe proper in the first chunk of the season, Agents of S.H.I.E.L.D. felt like Chuck, but with a bigger budget and lacking any of the humor, charm and character of the late NBC series. It wouldn't have been that hard to make the show work as a Chuck in the Marvel Universe kind of way--and if they'd done that...if they had turned out an objectively entertaining show that didn't rely on the Marvel label to make us want to tune in next week...it could have made for a genuinely entertaining first season just by making the villains compelling, the MacGuffin clear from the word go and the mission statement for the team something that at least kind of plays into the story. Shortly after the Chuck finale, we did a list of ten things the show did right. It was one of the most popular posts we'd ever done at the time, and still pops up occasionally in our Twitter feed when Chuck fans are apparently poking around on Google. Out of those ten, how does S.H.I.E.L.D. fare?

Not all of these things were in place when Chuck started out, but a recent rewatch of the premiere with a friend reminded me that all the pieces were there on the board, just waiting to be used. Chuck got organically better and better without a major retooling as the series went on because all it had to do was grow. It's not clear that Agents of S.H.I.E.L.D. can say that yet, but with the fan enthusiasm they had back at the beginning of this season, the money at their disposal, the full-season commitment from ABC and a talent like Clark Gregg's, there is no reason that show shouldn't be good now instead of laster

The Black Phone Director Teases There Have Been Conversations About Sequel