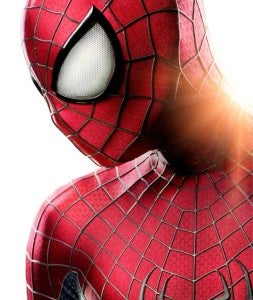 On Thursday night's CONAN show, Conan O'Brien talked about the Amazing Spider-Man 2 Comic-Con trailer. Conan O'Brien said, "They unveiled a preview clip for The Amazing Spider-Man 2. Yes, they showed it, and it was very private and very secret and they showed it. Fans lost their minds, and they're not going to show it again. We actually got ahold of the clip. Yes, you're welcome. We got ahold of it, and we're risking a lot of legal trouble here, but we're just going to go for it. Take a look."

Oddly though, the trailer doesn't quite match what we remember from Comic-Con. It just doesn't seem to play as well on TV as it does on a big screen in Hall H. Check out the trailer below.

The Amazing Spider-Man 2 is scheduled to premiere in movie theaters on May 2, 2014.