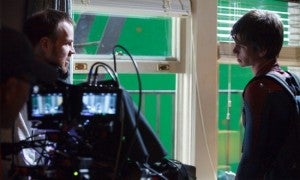 In the first in-depth look at Marc Webb's upcoming Sony film The Amazing Spider-Man, the studio yesterday assembled six behind-the-scenes featurettes into a 25-minute documentary that was made available via YouTube.

You can check out a playlist below which will play each of the six in order on the popular video website.

Among other things, the featurettes take on the need for a reboot and the difference between Webb's and Sam Raimi's version of the Spider-Man mythology; the chemistry between the actors, most especially the romantic leads; and the creation of The Lizard, the film's villain and one of the most anticipated parts of the film, given the way the Raimi movies built Dr. Connors up as a presence in their universe but never followed through.