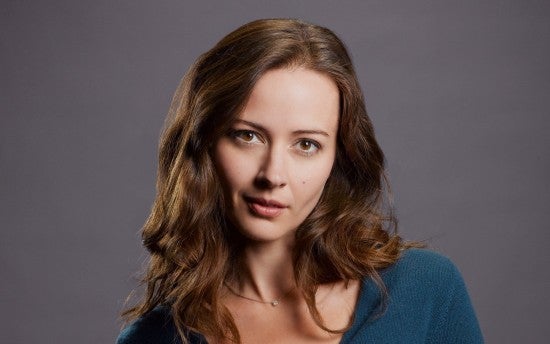 Agent Phil Coulson will apparently get some closure with the cellist he was dating in Marvel's The Avengers, as actress Amy Acker has been cast in her role, TV Guide reports. The cellist's name is Audrey, and she will show up when a super-powered danger from her past rears its head. So...was she a job all along? Was Coulson only in that relationship because he was watching her for S.H.I.E.L.D.? Or did he really fall for somebody on the job? (Because "she randomly has a superheroic past" worked for Skye, but will stretch credibility to happen twice.) And if any of those scenarios are true, how much will Coulson remember, considering that his memories were tinkered with? Acker and Gregg co-starred in Agents of S.H.I.E.L.D. executive producer Joss Whedon's Much Ado About Nothing adaptation. Currently starring on Person of Interest, Acker is also well known for her roles on Whedon's Angel and Dollhouse, where she worked with S.H.I.E.L.D. showrunners Jed Whedon and Maurissa Tancharoen. Acker will appear in an episode slated to air Tuesday, April 22. We'll see whether Acker will, like fellow Whedon regular J. August Richards, turn out to have a more important and recognizable role down the line than she does at first glance.

Amy Acker Joins Marvel's Agents of S.H.I.E.L.D. as The Cellist

Christian Bale Reveals A Reason Why Gorr Doesn't Have His Comics Accurate Look In Thor: Love and Thunder