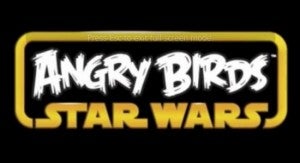 Virtually all of the reviews on the App Store have given the game a five-star rating. At the time of this article, Angry Birds Star Wars already had 324 five-star ratings out of 377 reviews. The written reviews are extremely positive calling it the best Angry Birds game so far and awesome.

With what looks to be an overwhelmingly successful game for Rovio Entertainment, Disney has to be feeling pretty good about their Lucasfilm acquisition and future licensing and product potential for the Star Wars franchise.

Angry Birds Star Wars is retailing on the app store for 99 cents. The game features 80 levels and has Star Wars themed characters and locations like Pig Star, Pigtrooopers, Tatooine, and Birds with Lightsabers.