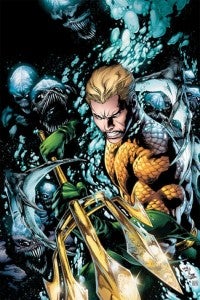 When everyone gets over Superman losing his red trunks, the biggest thing to come out of the new DC Universe might be the emergence of Aquaman as a top-tier superhero. For the most part, Aquaman has been pretty much the definition of a second-tier superhero. To the general public, Aquaman is likely best known as either a member of the Super Friends or as the character in the joke movie on Entourage.

Back when the new DC Universe was first announced, Comicbook.com writer Nick Winstead predicted that Aquaman could be one of the characters with the most to gain, and it looks like he could be right. With a top-knotch creative team in charge of the new Aquaman comic, DC Comics is definitely treating Aquaman as a contender in the new DC Universe.

While there is a sense of fun in the preview pages that have been released for the first issue of Aquaman, there is also a sense of toughness about the character. While a gang of robbers might initially laugh at seeing Aquaman, they aren’t laughing when he flips over their armored truck. After being hit with a barrage of gunfire, Aquaman is left with only a scratch. 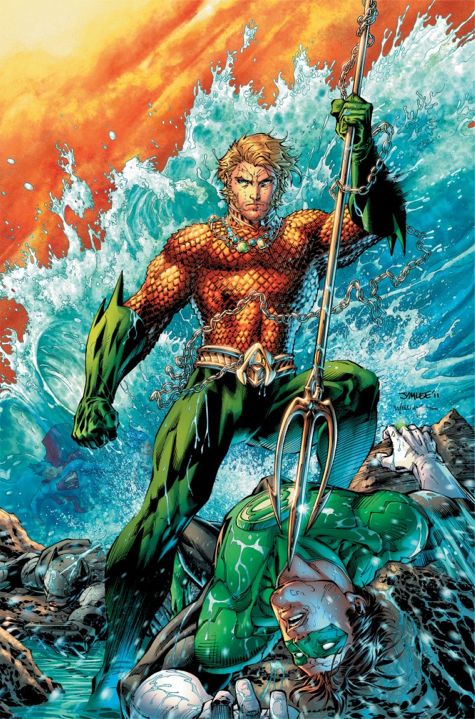 On the cover of Justice League #4, Aquaman has a trident pointed directly at Green Lantern’s throat. Poor Batman lays crumpled in the background, apparently, already taken out by the mighty Aquaman. Then, there’s also the cover to Aquaman #3, which shows Aquaman isn’t squeamish about putting his trident to use when the situation calls for it. It also is my favorite cover revealed to date in the new DC Universe. 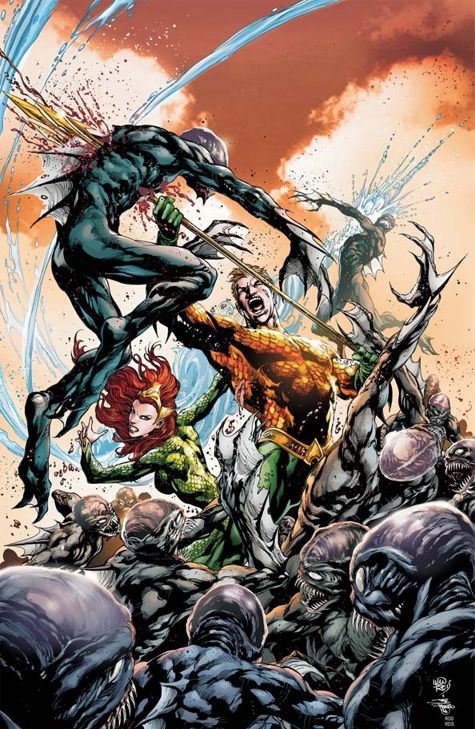 Here’s the even bigger news, not only does the new Aquaman comic look like a bunch of wicked fun, but it’s a hit when it comes to sales numbers as well. DC Comics recently announced that Aquaman was the eleventh title of the New 52 to crossover 100,000 copies in sales. That puts Aquaman right up there with the Superman, Batman, and Green Lanterns of the world, so maybe a real Aquaman movie could be next.

Aquaman Gets Respect In The New DC Universe