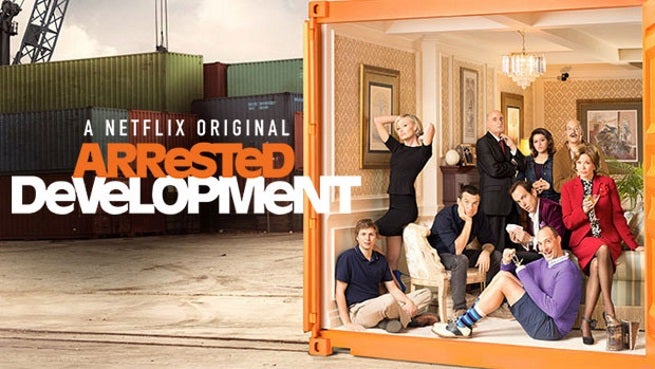 Arrested Development creator Mitch Hurwitz is edited a chronological cut of the show’s fourth season. Hurwitz revealed that he is working on the new cut during an interview with Pretentious Film Majors (via the AV Club), specifically Hurwitz's son.

Arrested Development’s fourth season, which was originally released on Netflix in 2013 (seven years after its network cancellation), had a nonlinear narrative. Rather than telling events in the order they happened, each episode focused on a particular member of the Bluth family and followed what that particular character was up to, before resetting the clock to catch up with another character in the next episode. Whether this structure was used for narrative experimentation, or simply to compensate for the ensemble casts’ conflicting schedules, has been a matter of some debate for fans of the series.

The structure made some of the season’s jokes difficult to understand, since the set up scene and the punchline scene were sometimes scene in the wrong order and in different episodes. Some took this as a brilliant way to invite repeat viewings, while others just found it frustrating. The new, chronological cut should alleviate that tension for those who didn’t appreciate the seasons’ novel approach to time.

No word yet on whether or not this chronological cut will be included with the Arrested Development Season 4 box set release.