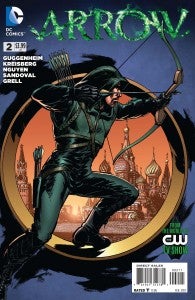 DC Comics has released a preview of Arrow #2, the second print edition of their popular digital-first comic book based on the hit CW series (which is, in turn, based on DC's Green Arrow). Written by series creators Marc Guggenheim and Andrew Kreisberg, the comics are illustrated by a round robin of DC talent including legendary Green Arrow penciller Mike Grell. Like all of DC's digital-first books, it's published weekly via ComiXology and other digital outlets, including Barnes & Noble and Amazon's Nook and Kindle marketplaces, and then gets collected into a monthly issue after the fact. While Smallville Season Eleven follows with the characters (including Green Arrow) after Smallville's conclusion, Arrow follows Oliver Queen and his quest for justice alongside the currently-running CW drama. Arrow returns with new episodes Wednesday, Jan. 16 at 8 p.m. ET/PT on The CW. The first issue back, titled "Burned," sees the hooded archer face off against Firefly. What's going on with Oliver and company? Check out the description and preview pages below.

Check out the first time in print for these digital-first adventures directly tied to the hit CW television show! This week, we uncover Dig's military past and flashback to Moira Queen who's in search for answers after the disappearance of her husband and son. Plus, don't miss Oliver and Dig's adventures in Moscow! Written by the show's creators Marc Guggenheim and Andrew Kreisberg and illustrated by Mike Grell, Eric Nguyen, and Sergio Sandoval, ARROW #2 hits its target in stores this Wednesday! Click here for an exclusive preview of the issue. 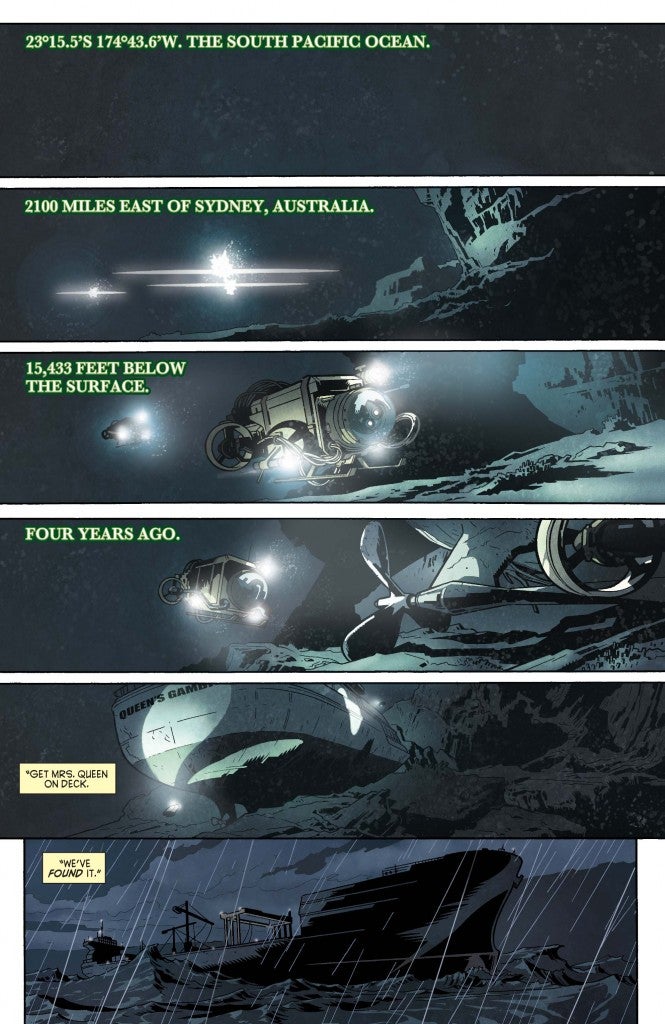 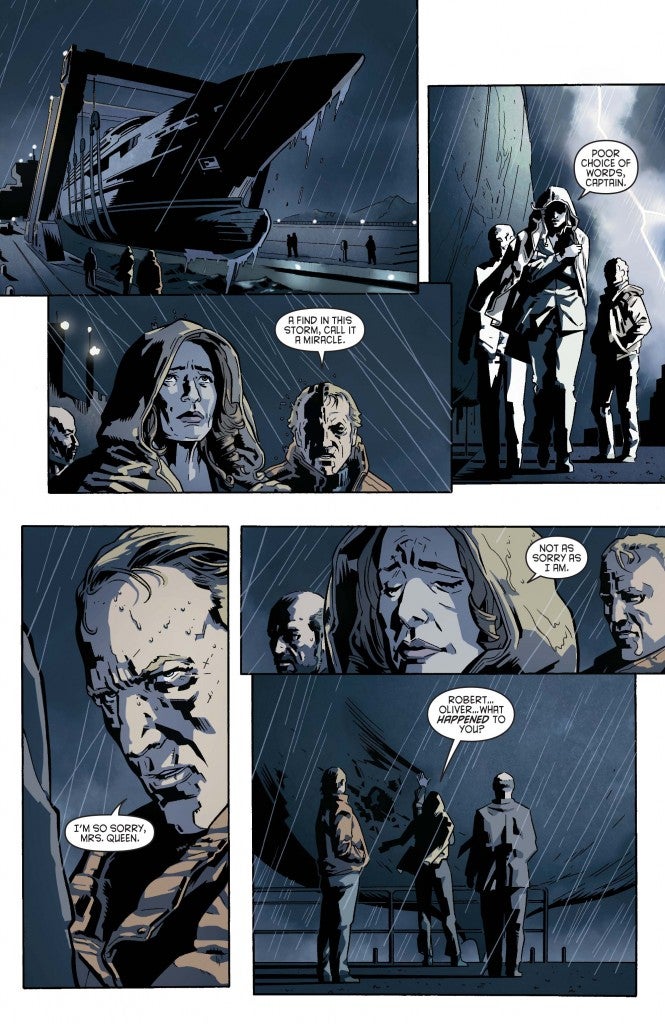 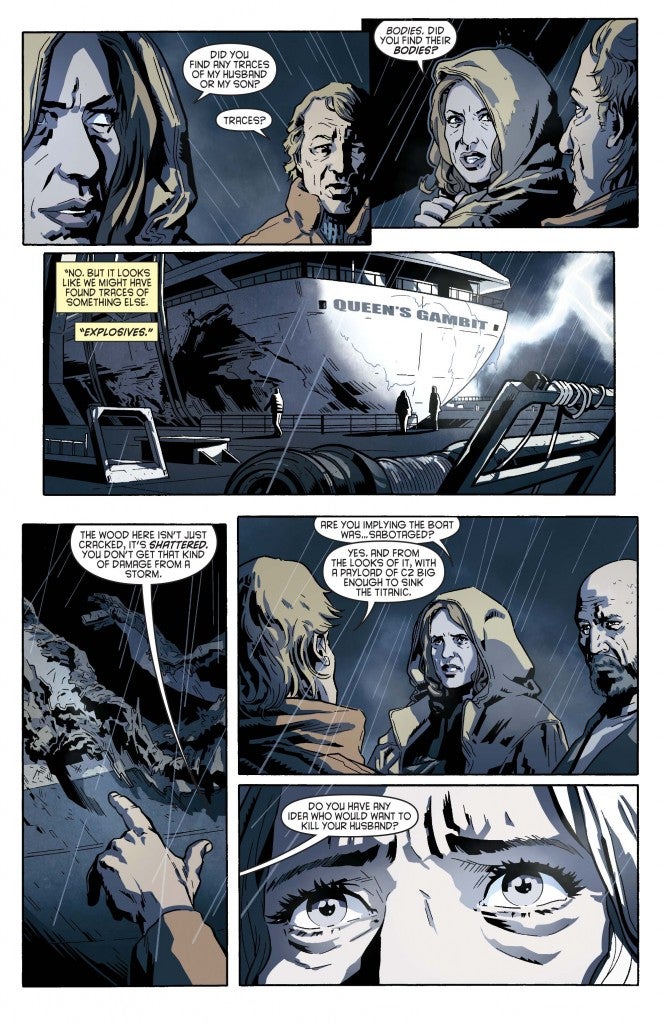 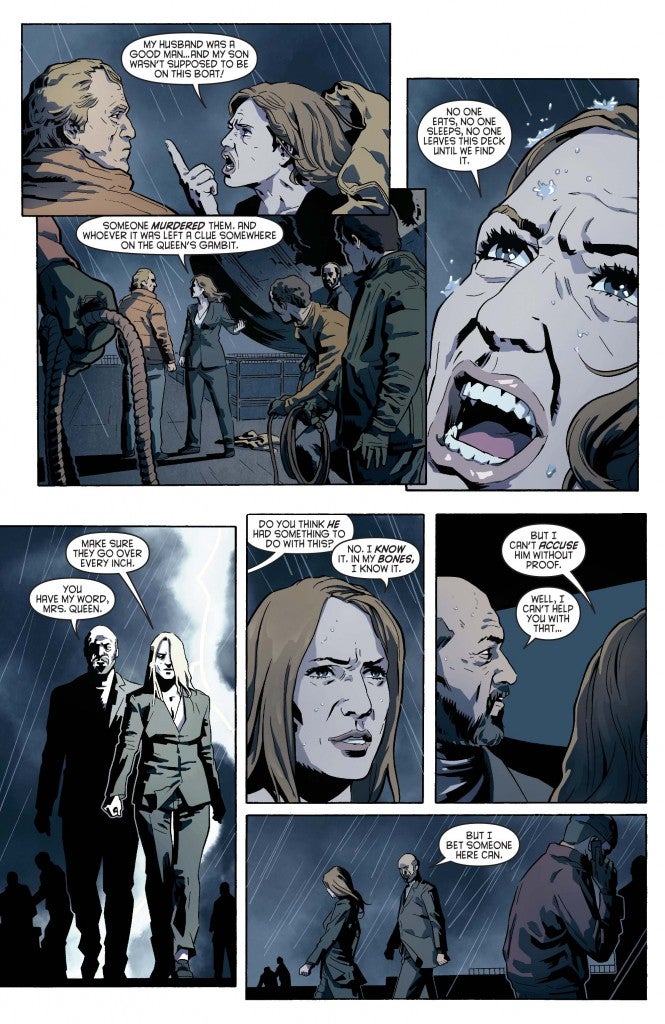