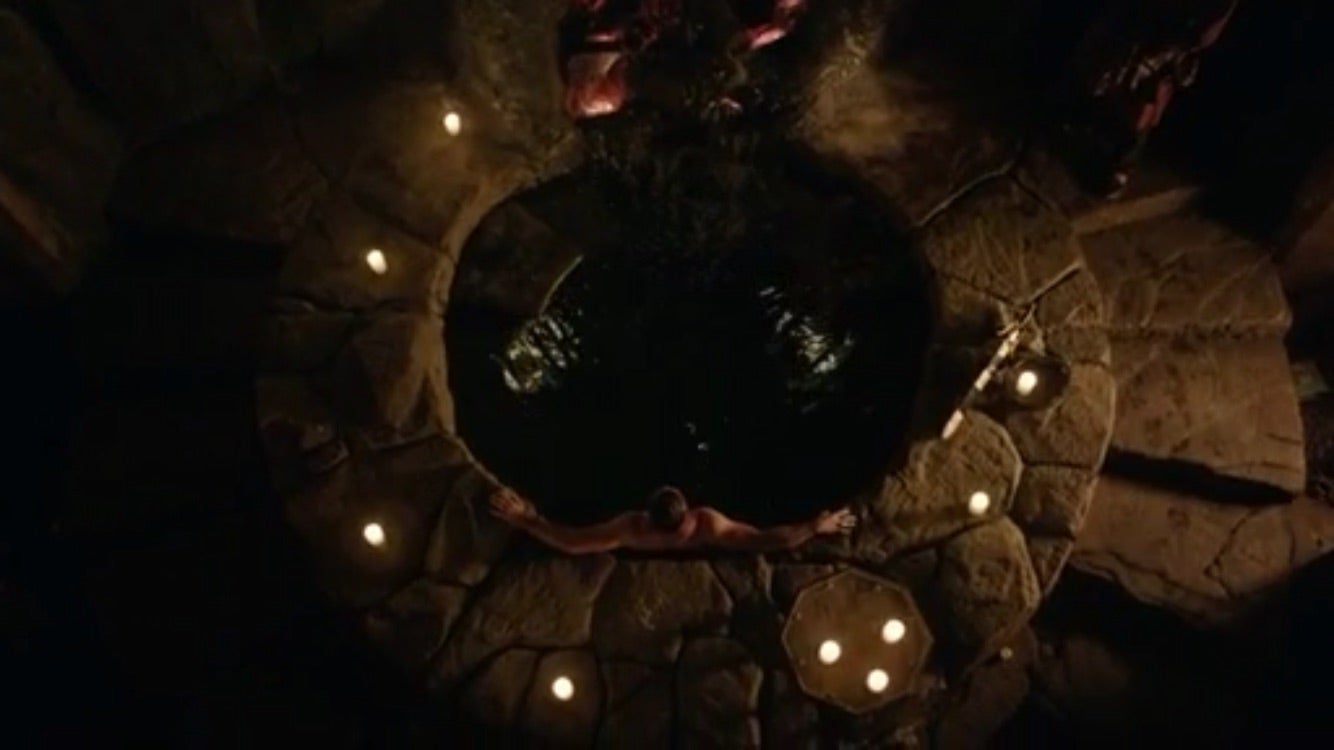 They didn't refer to it by name, but another reference to Ra's' seemingly-ageless nature in the episode, coupled with the look and ambiance of the Pit itself, makes it pretty clear where he is.

While there are wide variations in how the Pit is depicted both in the comics and in other-media adaptations like cartoons and video games, the one seen above is pretty well representative of a common iteration of the rejuvenating spring: 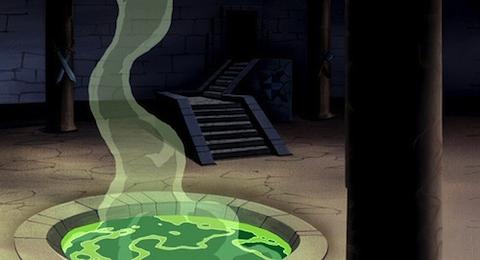 We saw what we assumed to be the Pit, from the outside, in an earlier episode of Arrow, of course; it's where Ra's first emerged from when Nyssa brought him word of Malcolm Merlyn's activity in Starling and the fact that he was being defended by Oliver Queen.

There, we see the staircase (as pictured in the animated version above): 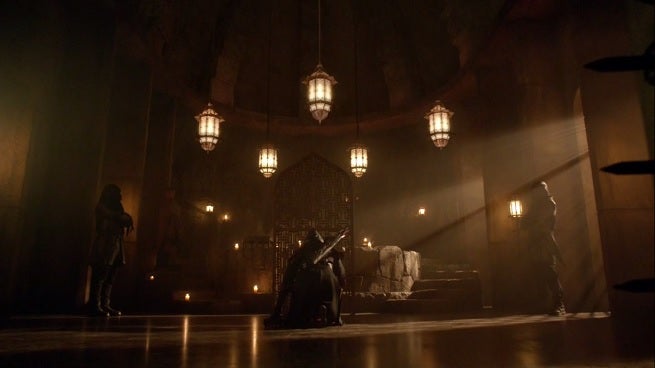 During a conversation with reporters earlier this week, executive producers declined to comment on exactly what designs they might have on the Lazarus Pit.

"I give you credit for the veiled attempt to try and get us to spoil the show, but I think all of the answers to that question, they've already been presented on the show," said Marc Guggenheim. "You've seen everything you need to see to know where we're headed."

"Let's just say that our version of Ra's is a lot closer to the comic books than you've seen in other live-action adaptations," said Andrew Kreisberg.

When pressed on comments hinting at a rather ancient Ra's al Ghul in tonight's episode, Guggenheim added, "We had said something in [Episode] 309 that nobody had challenged him in like 63 years. Some period of time that was older than – that's what I mean. There's plenty of auditory and visual clues that we've planted throughout the season, that we encourage everyone to play along."

Arrow: A Closer Look at the Lazarus Pit