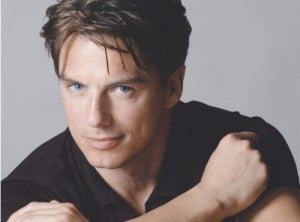 is reporting that Torchwood star John Barrowman has joined the cast of CW's Arrow, playing the recurring role of "Well-Dressed Man," described as "a wealthy acquaintance of the Queen family and a prominent figure in Starling City." Safe money says the character will play a role in the billionaire playboy's double life as Green Arrow. Given the lack of a "real" name, Entertainment Weekly speculates that the character's origins will come from the comics (otherwise, why keep it a secret?). Their first guess is Stanley Dover, Sr., the father of the boy at the center of Stanley and His Monster, who played a role in the Kevin Smith run on Green Arrow. It may seem a long shot, particularly for a series that's ostensibly trying to stay somewhat grounded in reality, but remember that EW is owned by the same parent company as DC Entertainment and The CW, so they may know what they're talking about...!