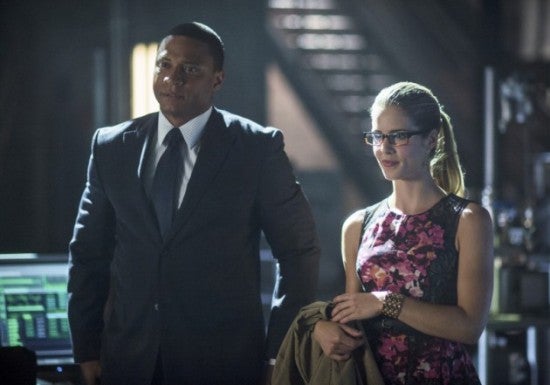 Because of the action-packed nature of this week's Arrow episode, titled "League of Assassins"--and because of the fact that much of the episode was spent paying off teases from previous episodes, there weren't quite as many DC references as there have been in recent episodes.

Or, at least we didn't catch them. Let us know if we missed some in the comments!

This isn't the first time that Nanda Parbat has been referenced, but it is the first time it's been revealed as a training ground for the League of Assassins. A notable DC Comics locale for characters as varied as Deadman, The Question and Batman, Nanda Parbat is a kind of mystical city, arguably best known in recent times for its part in the Grant Morrison story "The Resurrection of Ra's al Ghul."

Deadman, though, might be an interesting component here. At one point not long ago, there was a TV series in development based on the character and while it seems to have gone cold at this point, perhaps a trip to Nanda Parbat could resurrect interest?

"The Child of Ra's al Ghul awaits you."

This, coupled with the reference later on to Canary as "the Beloved," certainly seems to point to a world where things are perhaps a bit gender-flipped, and Ra's has a son rather than a daughter...who wants to mate with Canary rather than Batman.

This probably works well, considering nobody seriously believes we'll get to see Batman on Arrow and anything you do that subs in Ollie for well-known Batman stories may catch you some flak. Nevertheless, it's a surprising and interesting direction they seem to be heading in...especially when the Christopher Nolan versions--which get a wink and a nod with the line Canary delivers about the League members being aware of their surroundings--just used Talia to such great effect.

Professor Ivo doesn't give orders on board The Amazo...but "The Captain does, and he works for [Ivo]," the episode revealed.

Who's the Captain of the Amazo, then?

The obvious choice may be T.O. Morrow...but separating the scientific dream team doesn't make a lot of sense.

And...who else would be partnered with Ivo? He's got a valuable skill set, and so it could be anyone. The obvious choice is the League of Assassins, but that still doesn't answer who the Captain is, since it's hard to picture Ra's al Ghul's operation willingly ceding control of an important aspect of their mission to an outsider just because he had some scientific know-how.

Unless, of course, Ra's is desperate, which might explain the search for Sara--if there's something she can provide him, that is. 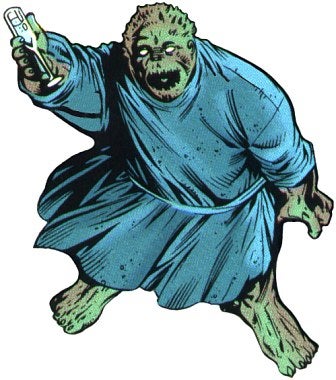 In the comics, he developed a serum that gave him long life, but left him physically deformed as a side effect. Could the beginnings of that be seen in the "miracle" drug given to The Mayor in last week's episode?

In the New 52, he's actually a former S.T.A.R. Labs employee, too. So could we see him pop back up in Starling City, working at S.T.A.R. and possibly key to the particle accelerator project that's been on the news every time Ollie turns on the TV lately? Seems a likely direction for the story to take, but if that's where they're going to go, you have to wonder: will Ivo be responsible for the creation of The Flash?

Why do they still have a picture of the Gambit on display in the house?

Okay, so this one's not really a big continuity thing or whatever, but...

...is the boat really that precious to the family that the photo has to be displayed more than five years after it sunk, taking the patriarch and, they presumed for a long time, his son with it? It just seems weird. 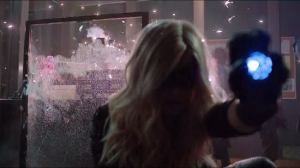 Where is Sara going?

Alright, so...where's Sara going? She just up and leaves as soon as she thinks she's got the League of Assassins to leave her family alone...but even before they were looking for her, the League had sent Merlyn to Starling and he was causing havoc that almost killed Laurel.

Running away doesn't make Starling, or her family, any safer and someone as savvy as Sara has to know that. So...what's her plan?

We've heard rumblings of a Birds of Prey team, so it stands to reason we won't be without the Canary for long. That she'll have bad guys on her tail seems to make it only a matter of time before she needs a safe place to lie low.