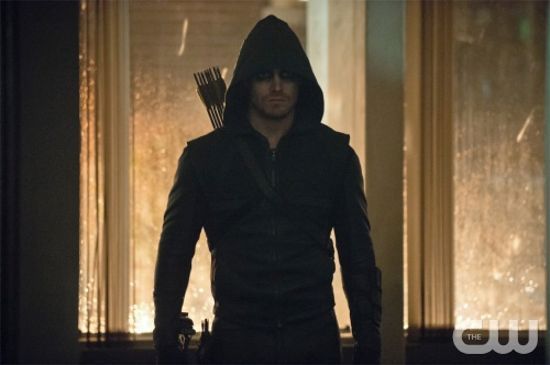 The CW have released another one-minute "extended preview" of next week's Arrow midseason premiere, "Blast Radius." Featuring Green Arrow chasing down a mad bomber known as Shrapnel, the episode also deals with Brother Blood's continuing mayoral campaign and an increasingly-unstable Slade Wilson on the island. All of this while dealing with the fallout from Barry Allen's accident at the end of the midseason finale and the events of that episode. Arrow will be back on Wednesday at 8 p.m. EST on The CW.