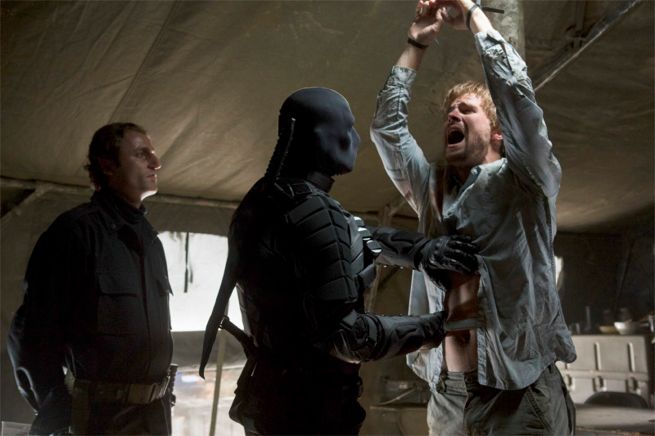 It seems like airport security doesn’t give any breaks even to superheroes. While Arrow films in Vancouver, Canadian actor Stephen Amell often travels to the United States for convention appearances, etc. So much so, that it apparently aroused the suspicions of customs.

At the airport very early this morning coming into the US. Was flagged and brought into the secondary inspection area, where the following exchange took place:

Me: This is strange, I come across the border all the time.

Agent: That might be part of the problem. It seems your travel habits have set off an alert that you're a likely candidate for the transport of either narcotics or cash.

Agent: Really. Need to ask some follow up questions and go through your bag. I'd prefer to just tell my superiors that you're the (expletive) Arrow, but there are procedures we need to follow.

While customs didn’t find any drugs or cash, they did note what appeared to be a tiny human jumping and fleeing from Amell’s pocket and observed some type of red blur that created quite the breeze, despite Amell’s insistence that he was traveling alone. We jest, of course.

Arrow’s Stephen Amell Questioned By Customs At The U.S. Border