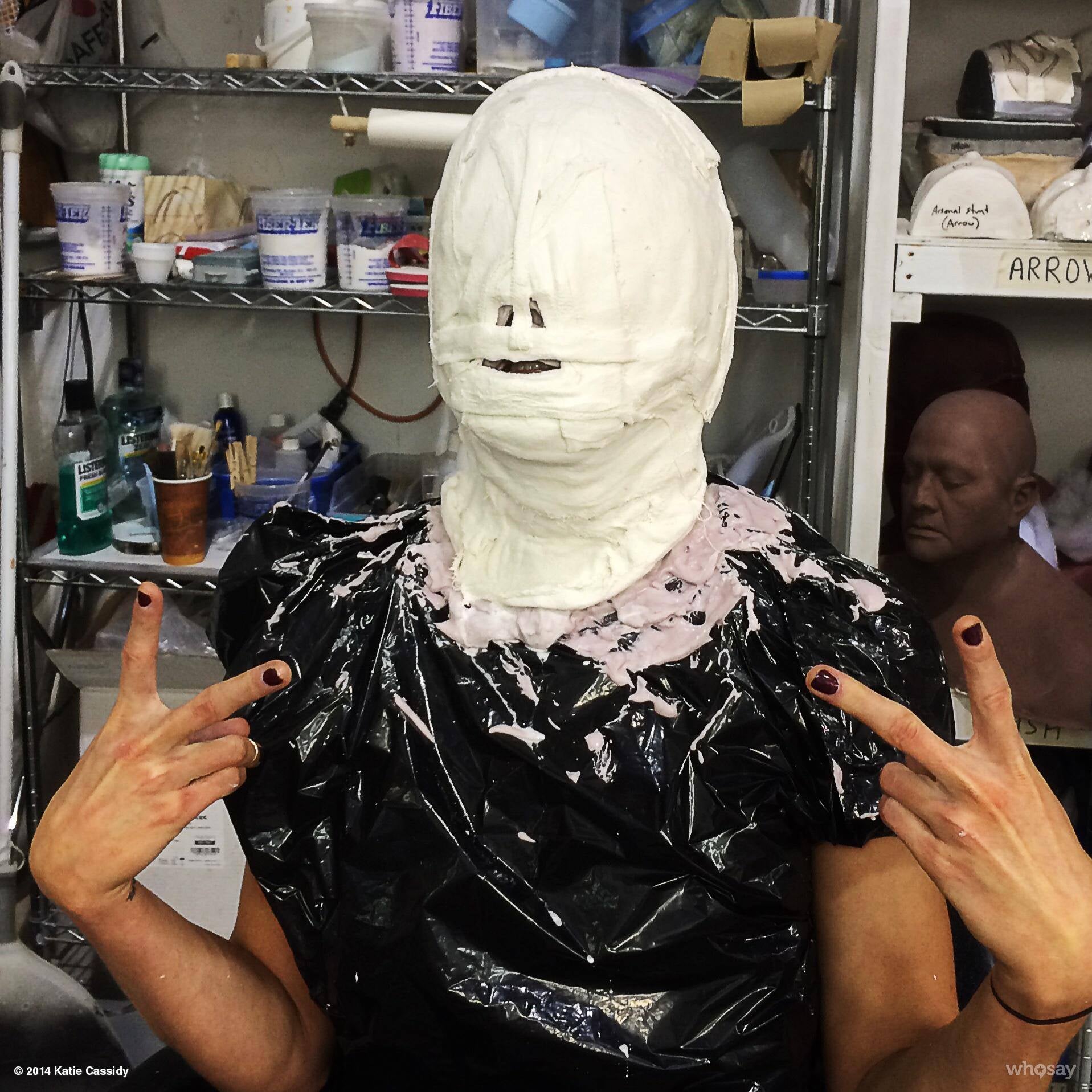 It looks like Arrow's Katie Cassidy might be getting fitted for a domino mask sooner than most fans had expected.

Today, Cassidy posted a photo to her WhoSay and Facebook accounts that showed her being fitted for a plaster face mold -- in a room filled with props from Arrow and The Flash including face molds marked with comments like "Arsenal stunt" and the outline of a domino mask around the eyes.

With both Arrow and The Flash filming their midseason finales this week, it's not surprising that a lot of enticing details are beginning to emerge about the first half of the shows' seasons.

It had been widely assumed that Cassidy would take over as Black Canary following the departure of her character's sister Sara (Caity Lotz) at the end of Season Two. During the summer hiatus, producers confirmed as much, saying in interviews that Laurel Lance was training with Ted "Wildcat" Grant in order to take up the mantle.

The Season Three premiere brought Lotz back -- and then got rid of her again (somewhat more permanently) by the end of the hour, and next week's episode will deal with the repercussions from that event, including how Laurel and her father, Paul Blackthorne's Police Captain Quentin Lance, will deal with the loss. Previews for the episode have shown Laurel with a gun, and harshly questioning a prisoner seemingly in a hospital bed -- and recent photos and convention appearances have seen Cassidy showing off her arms, which are more toned and muscular than in past seasons.

Arrow airs Wednesday at 8 p.m. ET/PT on The CW.

Arrow's Katie Cassidy Getting Fitted For a Mask Already