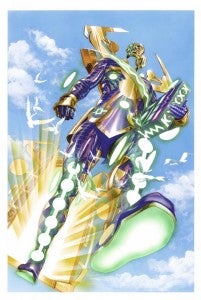 Fans worried that DC Comics's long-running, mature readers imprint Vertigo may be on its last legs can rejoice at the introduction of a major, new ongoing series for the publisher in the form of Kurt Busiek and Brent Anderson's Astro City.

Vertigo's monthly offerings have dwindled substantially in recent years, and the loss of Saucer Country and Hellblazer in the last few months were widely discussed as potentially the death knell for the fan-favorite imprint--but Astro City joins Fables at Vertigo just a month after having been solicited as a DC Comics title proper (although even then, it was obviously never a New 52 book).

Here's how the publisher describes the new book; at right, you can see Alex Ross's cover to #1 and below, some art from Anderson.

Kurt Busiek’s long awaited return to ASTRO CITY begins this June. Drawn by Brent Anderson, the ongoing monthly series, published by Vertigo, showcases old heroes and new, as The Ambassador comes to Earth, and an ordinary man is caught up in a cosmic conflict. Featuring the return of favorites like Samaritan and Honor Guard, and the debut of some new sensations! 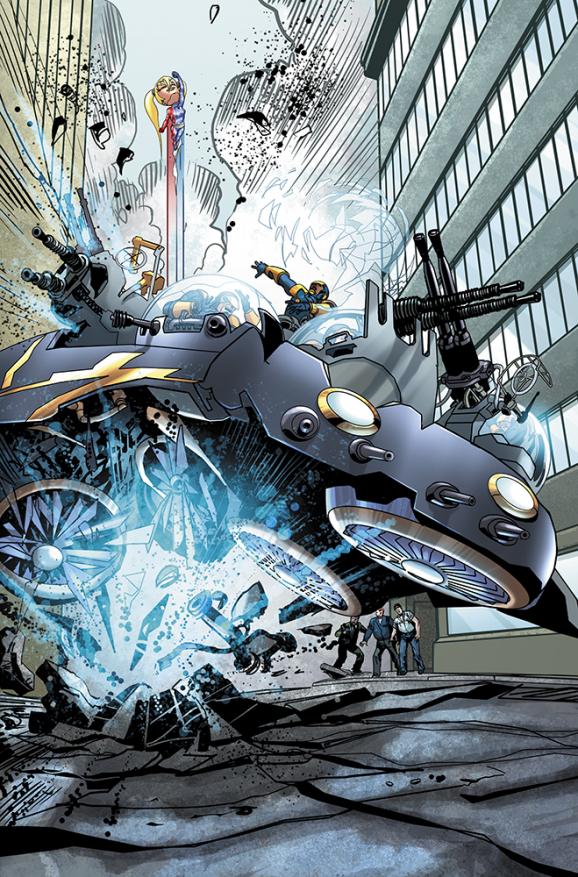 Astro City Headed to Vertigo, Not the DC Universe