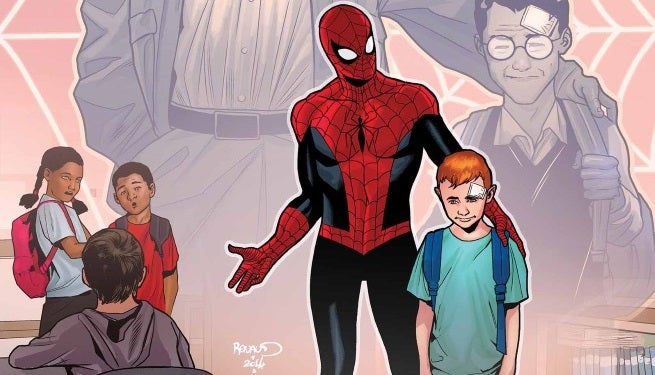 The stories will feature characters like the Avengers, the Guardians of the Galaxy and the Amazing Spider-Man taking a stand against bullying.

“From Peter Parker, Midtown High’s only professional wallflower, to the ever-misunderstood Kamala Khan, Marvel has a proud history of working to raise awareness about bullying and representing its victims as much as possible,” says series editor Devin Lewis. “Bullying is a problem that can affect everyone in a community, and it’s up to that very community to come together to combat it, and, with this issue, Marvel’s Avengers, Spider-Man, and Guardians of the Galaxy are joining the fight! I know how comic books can help ease that feeling of isolation, and I couldn’t be more proud or excited about the talent we’ve pulled together for this project!”

Check out the preview pages in the gallery below. Avengers: No More Bullying #1 ships in January.