Shooting on the 'Avengers' set is supposed to begin this morning, and some set pics have already surfaced. Crews have been prepping Cleveland's East Ninth Street, which according to The Cleveland Plain Dealer's Michael Sangiacomo, appears to be 'some kind of battle set on 42nd Street in New York City.'

I've only put a couple of pics below. If you're interested in a few more, head on over to the Plain Dealer. 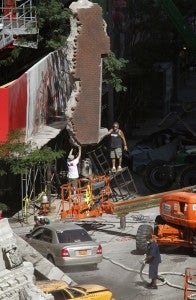 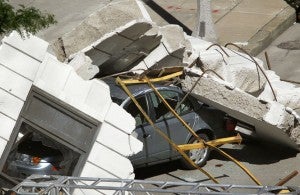