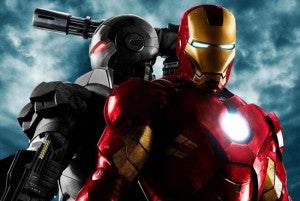 When director Joss Whedon recently implied in an interview that there would be a major character death in The Avengers, fans took notice--while Iron Man 3 has been on the filming docket for ages, nobody else has a guaranteed sequel and so fans were able to speculate as to the identity of the character who would bite the dust. Well, one of the popular guesses has just been nixed, by way of an Iron Man 3 casting announcement which confirms that character as on of the featured players in the film.

Spoilers ahead. If you want to go into The Avengers with a perception of the movie that's as pure and virginal as the driven snow, turn back now. Of course, if that's the case, it's unclear why you clicked on an article whose headline said "Avengers Spoiler," but that's your own problem.

MovieWeb and a number of others sites are reporting that Feature Film Casting, an agency which is apparently helping to fill some of the roles in the upcoming sequel, has confirmed that both James "Rhodey/War Machine" Rhodes and Black Widow will return in support of Iron Man.

"Principal actor auditions and extras casting registration is underway for the Walt Disney Studios/Marvel Studios superhero feature film Iron Man 3. Shooting will take place in the Wilmington, NC area and other locations in North Carolina from May 21, 2012 through September 7, 2012. The film's main stars are being cast out of Los Angeles, however many supporting and day player acting roles will be cast in North Carolina. All of the extras, photo-doubles and stand-ins for the films stars will be cast in North Carolina. The production will create 550 "high-quality, well-paying jobs" and 1,000 talent opportunities in N.C.

Avengers Spoiler: Iron Man 3 Will Feature An Appearance By [Redacted]