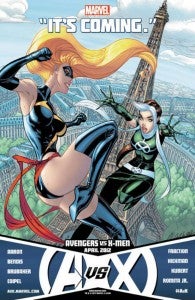 Avengers vs. X-Men: Why the Avengers Will Win