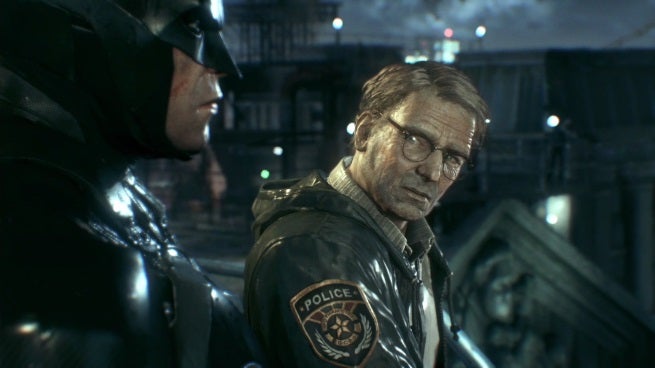 Rocksteady and Warner Bros. Games announced via twitter that the new release date for Batman: Arkham Knight is June 23, 2015.

This is the second time that Arkham Knight has had its release date pushed back. Batman: Arkham Knight was originally scheduled for release on October 14, 2014, but was pushed back eight months, until June 2, 2015. The latest delay is less drastic, pushing the game back three weeks.

We are pleased to announce our new release date - Batman: Arkham Knight will officially launch worldwide on 06.23.15 pic.twitter.com/3XEBhghpK6

As if to soften the blow, Rocksteady and Warner Bros. also released a new gameplay video of the game in action. Check it out below.

Batman: Arkham Knight is the conclusion of Rocksteady's Batman Arkham trilogy of video games. In Arkham Knight, following the death of the Joker, Batman must face down a rogue's gallery that has been unified under the Scarecrow's leadership, including a mysterious new villain calling himself the Arkham Knight.