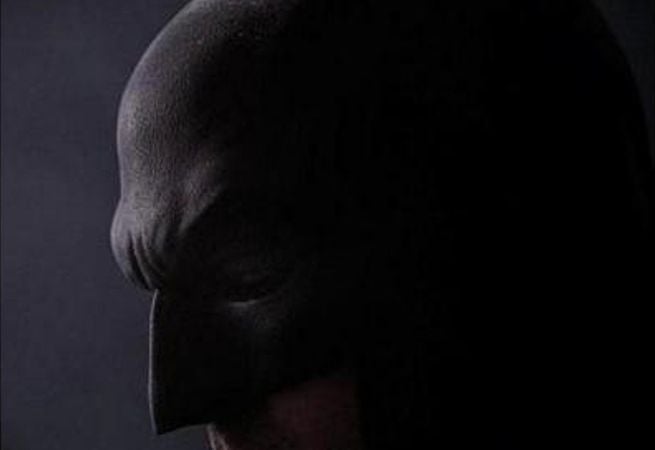 Harry Lennix – of Man of Steel, Dollhouse and The Blacklist fame – was a guest on the Tony Loconsole Morning Show (as picked up by Batman-News), where he spoke mostly about the new season of The Blacklist.

Of course, Lennix is also returning to his role as General Swanwick in Batman v. Superman: Dawn of Justice, and nobody involved with that film can do any interview anywhere about anything else without getting at least one question about it lobbed their way.

Loconsole chose to ask Lennix for his opinion about Ben Affleck playing Batman. Lennix says he thinks Affleck has just the right temperament for the role, and that he has a head start over his most recent predecessor, Christian Bale, simply by virtue of being born an American citizen.

There's no question in my mind that he's going to be terrific has Batman. Ben is a very, very intelligent guy, and he's also got talent. He's a brooding kind of actor. I think that Batman has that kind of temperament. You know, I think they have a lot in common, if you think about it. Somebody that comes from a very Americanized background – Ben is from Boston, and what's more American than that? Somebody who's had some privilege in life, and of course Ben's had some of that, but is also thoughtful and a little cynical about things. So I think he's going to be perfect. I'm especially excited that we've got an American actor, as that's increasingly rare. The last guy, who did a great job, Christian Bale is British. When you've got somebody who doesn't have to act like an American, who kind of embodies that ethos, if you will, then that gives him kind of a head start. And knowing how intelligent, and how artful he is as a filmmaker and actor, I think he's going to do a terrific job.

Kiki's Delivery Service Gets Reimagined as the Coziest Video Game

Marvel's Avengers Reportedly Will Not Have New Content After 2023