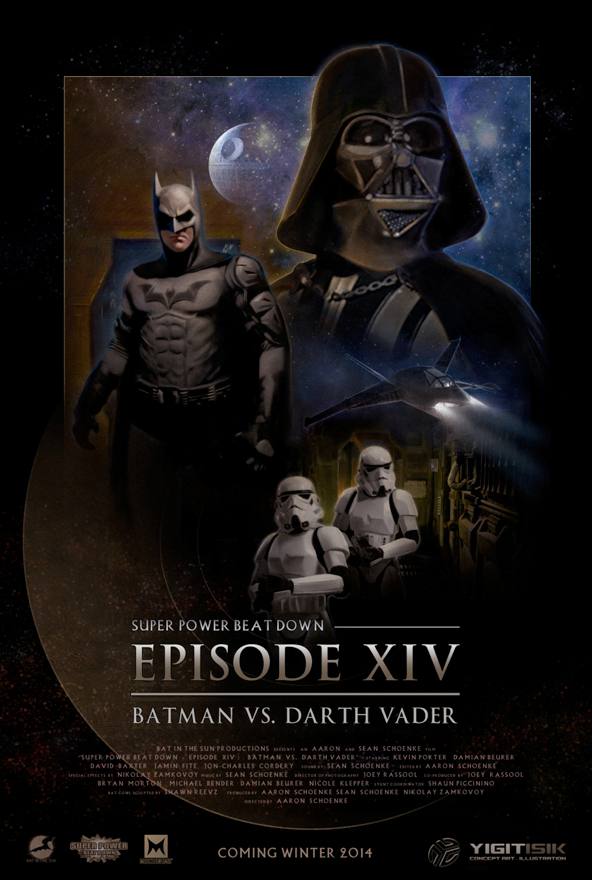 Super Power Beat Down returns with an all new episode; in fact it's been hailed by its creators as the most epic episode of Super Power Beatdown of all time.

Batman travels to the Death Star to rescue a captured Superman. Shortly thereafter the Dark Knight crosses paths and lightsabers with none other than the Dark Lord of the Sith, Darth Vader.

This episode was directed by filmmaker Aaron Shoenke, and stars Kevin Porter as Batman.

Super Power Beat Down is a web series which takes two super powered legends and make them battle. With each new episode, viewers will be able vote to determine the winner. The popular web series airs on Machinima Prime.

The Caped Crusader will next be seen in Batman vs. Superman: Dawn of Justice which hits theaters March 25, 2016.

Batman Vs. Darth Vader Featured In Super Power Beat Down