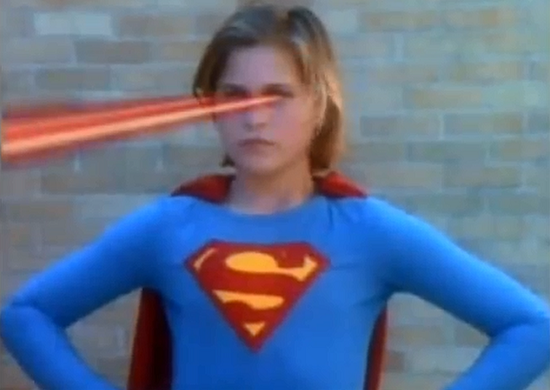 After yesterday's Variety report that Joaquin Phoenix could be in the running to play Lex Luthor (or some other dastardly villain, but probably Lex) in the forthcoming Man of Steel sequel Batman vs. Superman, our friends at KryptonSite dug up this piece of footage from their Adventures of Superboy box sets, in which the award-winning actor got to play Superboy.

Well, in a dream sequence. But still.

You can see a clip and a brief description of the episode below. The 1989 episode was directed by David Grossman, who is best known for his work on Desperate Housewives, Buffy the Vampire Slayer and Angel but who has recently returned to the DC Universe to helm an episode of Arrow.

From the Season ONE episode "Little Hercules", a young Joaquin Phoenix (Billy Hercules) dreams he's Superboy and uses his powers to defeat the schoolyard bullies.

Batman Vs. Superman Rumors And That Time Joaquin Phoenix Was Superboy (Kinda)