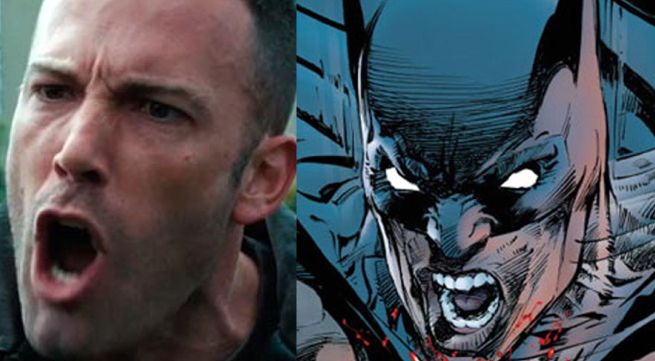 As far as why he took the role, Affleck said, "To get the exposure to a movie of this scale is an education." He also hinted that Batman V. Superman: Dawn of Justice might make it easier to get some of his personal directing projects moving, but he was careful to point out that he didn't look down on Batman. Affleck revealed that his tastes included both art films and really good commercial movies.

As far as how he relates to Batman, Affleck revealed they both shared the characteristic of rage.

"I think it’s a necessity, historically, in the tradition of these films," said Affleck. "For me, anger is so deeply buried and contained that when it does kind of come out, it comes out in stronger bursts. I tend to be respectful, polite, get along, put up with, put up with, put up with … then, when it finally emerges, it’s not something I have a ton of control over. I’m not gonna go into a Wolverine berserker rage, but I do have a, I do…"

Affleck stopped his sentence to explain it was just a trait of his personality, which he wasn't boasting about, but which he considered to be a character flaw.

It's an interesting revelation by Affleck, because it likely hints at how he will portray Batman. Early leaked set footage has shown Affleck as Bruce Wayne rescuing people amid the rubble of destroyed buildings. Could Batman hold rage about all the destruction caused by Superman's fight with Zod?

Batman V. Superman: Dawn of Justice is scheduled to premiere in movie theaters on March 25, 2016.

The Walking Dead Producers Tease the Return of the Reapers