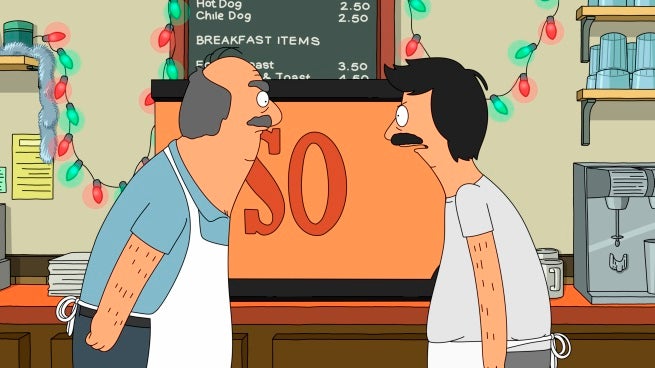 A new episode Bob's Burgers, "Father of the Bob," airs tonight on Fox.

In "Father of the Bob," at Bob's father's Christmas party, Bob and "Big Bob" (guest voice Carl Reiner) rehash an old argument and try to outdo each other in the kitchen. Meanwhile, the kids compete to find the best gift for their dad.