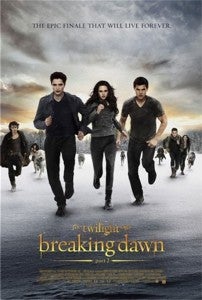 While the numbers are definitely strong, some are wondering why they are not as strong as high forecasts estimated they could be. It’s possible that ticket sales might have been hurt by the widely reported Twilight shooting plot. While fortunately the suspect in the Twilight shooting plot was arrested before any incident could take place, the news could have kept some concerned fans away out of fear of other copycats.