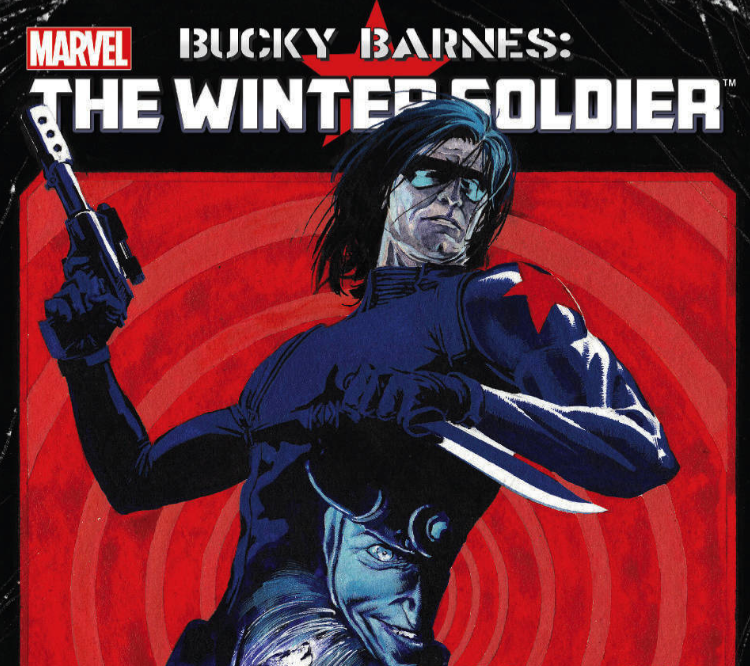 Assigning Barnes' deadliest missions yet is writer Ales Kot. Forging a name for himself with mind-bending spy action in titles like "Zero" and "Secret Avengers," his work on "Winter Soldier" may be his most charismatic yet. Case in point: His two new additions to the Marvel Universe in "Winter Soldier #2". Kyle and Steve, two puppies, are now "the true guardians of Lower Asgard." And that's just one panel in the 22 pages of far-out experiences that Bucky encounters in "Winter Soldier #2".

Below, Kot spoke with ComicBook.com about Bucky's trip to Asgardia, his confrontation with Loki (not the kinda-bad one, but the totally-bad one), and what lies ahead on his cosmic tour of duty.

Thanks for taking the time to talk, Ales. So, what made Loki, an extra dimensional space god, an appropriate adversary for a Brooklyn-raised spy like Bucky? What were you hoping readers would discover about these opposite characters by setting them against each another?

You mean, did I have a plan? Nope! I just felt it would be fun, and decided to do. Then it all made sense afterwards, as we dissected the unconscious reasons of why I felt it would somehow be right. The thing is, I trust the feeling, you know? So I have to start with that and then explore it from various angles while using brains and so on. In this case, there are two versions of Loki and there are two versions of Bucky. There was a fractal mirroring right from the beginning. And Old Bucky's plans are so similar to something the Old Loki would do! So them coming together, using one another...there's more. The dynamic is so rich. I look forward to exploring it further. 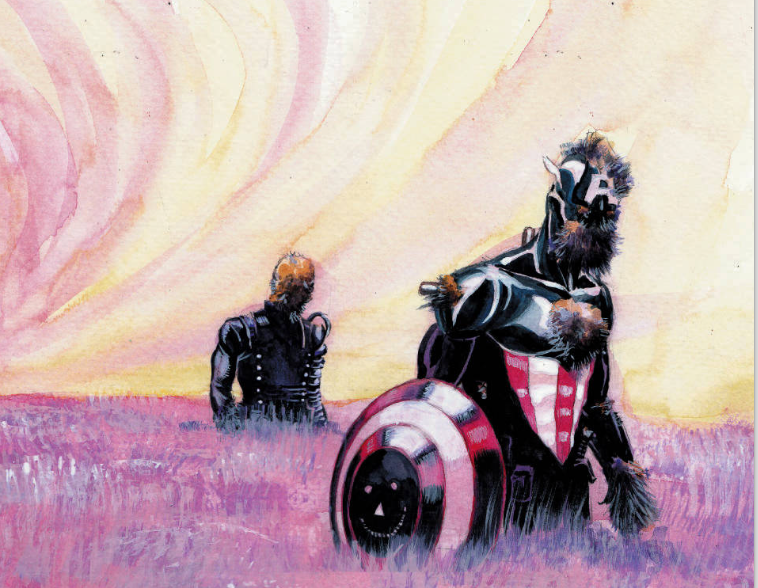 For your first question: maybe meaning of life? Maybe a purpose? Maybe himself? Maybe many things at once? I won't tell you everything.

For your second: Does anyone ever? Bucky doesn't. He makes it clear in the first issue, and here he gets on a bit of a journey to find out. And also, we change constantly...that's just physics!

And finally, yes. He's getting there. 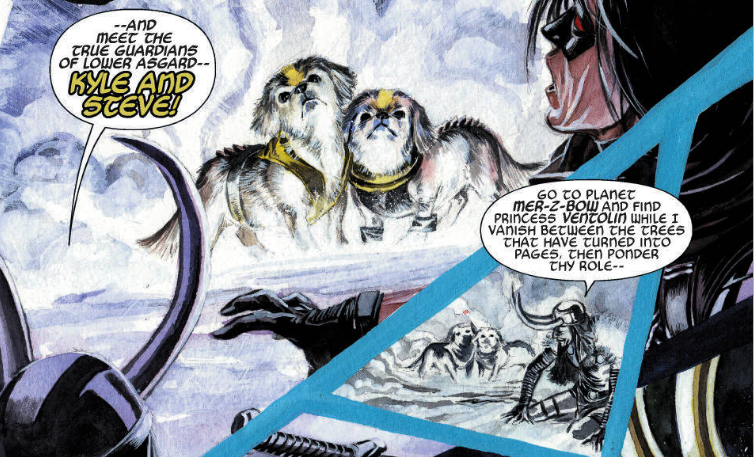 I have to ask--who are Kyle and Steve, the "True Guardians of Lower Asgard?" This seems to be their first reference in Marvel lore that I could find. Are they established inhabitants of Asgard, or statements on Bucky Barnes? If they are the latter, what statements are they supposed to make on the character?

Kyle and Steve...I did it for the lulz. Here's to seeing more of them. As for their meaning, whether I had some in mind or not. I like to let the readers decide what the stories mean.

How much stock should readers take in Loki's parting comment, "The lost glove is happy?" What might that statement foreshadow in Bucky's future?

The phrase is integral to the entire story. It's also a phrase from Nabokov's "Pale Fire." I recommend reading both our story and 'Pale Fire.' I also recommend reading Rebecca Solnit's "A Field Guide to Getting Lost," which discusses the virtues of getting lost. Because, well, the lost glove might just be happy.

Enigmatic? Certainly! The phrase shall appear again. And, after all--it's even written on the bullet that hit Bucky in issue one.

How challenging was it to write Loki's Asgardian tongue? Did you look to any literary references for inspiration, like Shakespeare?

Yes. Shakespeare and old Marvel comics. And it was so easy! I wrote the entirety of Loki's speeches after Marco delivered the pages, pretty much in one day. I had so much joy with it! Jumping into new things or not deeply researched ideas and then researching them, and executing, working through them and with them--that's how I learn. 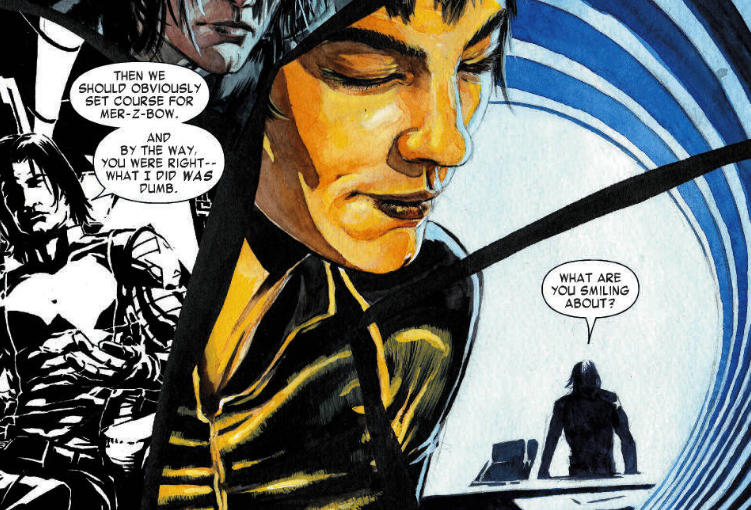 I'm sure you can't say a word about the future Bucky who appears halfway through issue #2, so let's focus on the tertiary effects of his appearance: Why doesn't Daisy tell Bucky that she met his elder self, and why does she find humor in it (she does smile, after all)? What does her withholding of that information say about her relationship with Bucky right now?

Moving forward, where are you most excited to take Bucky next? How do you plan to challenge and develop the character in ways that past writers haven't?

To Mer-Z-Bow! The long story arc revolves around the planet, and how it affects the entirety of the Marvel Universe.

As for Bucky: He often seemed to fall into things instead of choosing them. His own past finding him again, that sort of a thing. Now it's more about his future, and most importantly about his now. Perhaps that's all we ever have: this present moment.

What happens when we get lost in it?

Sounds like a great question to ponder as we wait for issue #3. Thanks for the time, Ales!