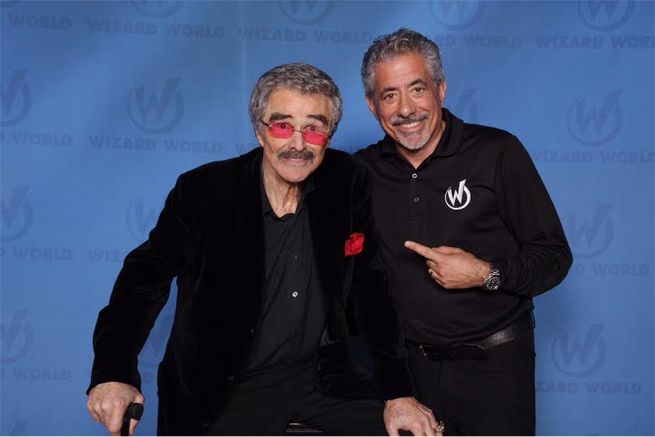 Boogie Nights and Deliverance star Burt Reynolds, 79, has been away from the spotlight for quite some time, but this past weekend he made his Comic Con appearance.

On Saturday, Reynolds appeared at Wizard World Comic Con Philadelphia. The veteran actor appeared frail and walked around with assistance of a cane. Despite his body succumbing to father time he was in good spirits as he participated in a Q&A session. It was to promote his second memoir, But Enough About Me, which will arrive in bookstores this November.

"When you write a book like this, you have to tell the whole thing, and there are days when everything isn't wonderful and there were people who I thought were asses," Reynolds told the Philadelphia Inquirer. "I'm having a lot of fun, but it's beginning to look a little bit like the dictionary."

What's your favorite Burt Reynolds' performance? Let us know in the comment section below.