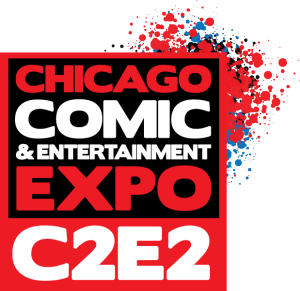 For those who weren't following us all weekend long, or just didn't know, there was a flurry of activity in the comics business over the weekend, as publishers small and large trotted out big new plans for the future.

IDW and Dark Horse were really the dominant announcers of news for most of the weekend, with new original graphic novels, miniseries and ongoing series announced daily and things like merchandising rights and reprints of archival material getting a little time in the sun, too.

Marvel wasn't totally silent, though, and blasted out a ton of X-Men news on Sunday, including a major new story for Wolverine, an event crossover designed to celebrate the X-Men's fiftieth anniversary later this year and, yes, the rumored conclusion of Peter David's beloved X-Factor series.  More details on those projects are promised later today. They also confirmed the long-simmering rumors that Miguel O'Hara (also known as Spider-Man 2099) will appear in Superior Spider-Man soon.

Fan-favorite creators Art Baltazar and Franco did pretty well for themselves, too; they not only signed on with Mark Waid's Thrillbent to get digital distribution for their Aw Yeah Comics, but they also landed a gig doing an all-ages Hellboy comic (yeah, you read that right).

Valiant got in on it by formally announcing an upcoming Unity series, which they said wasn't a crossover (the original was). No further details were released, though; the project was actually set to be announced in the back of this weekend's Free Comic Book Day offering, but retailers who already have copies of those books had leaked snapshots to the Internet.

Check out our coverage index below.

Wolverine: Killable Coming This Summer From Cornell and Davis

Malekith, The Villain of Thor: The Dark World, Is Coming Back To Comics