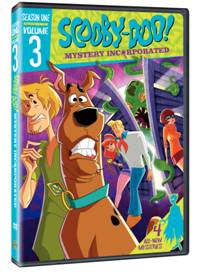 The New York Comic Con is less than a week away, and I'm looking to spread some of the wealth around a little bit. I'll be interviewing some of my usual suspects (Dan Jurgens, Terry Moore and Erik Larsen) as well as many others at the show, and here's your chance to get in on the action even if you can't make it to the Big Apple. Submit a question to me at russburlingame@comicbook.com for those or any other comic book professional appearing at this weekend's New York Comic Con. If I ask your question, I'll be sure to have that person sign a comic for you, which I'll ship to you for free. I'm not made of money, so the books are going to be whatever I can get my hands on, but there are plenty of copies of Justice League International #1 and #2, as well as Savage Dragon and Echo comics and even a Death of Superman trade paperback I'll be getting signed and giving away. The distribution of the prizes will be at my sole discretion, so you can ask for a particular book and I'll see what I can do, but I cannot promise anything. Further, I won't ask anyone for sketches or personalization. Sorry. But that's not all! Warner Home Video has also given me a copy of the recently-released Scooby-Doo: Mystery Incorporated Season One, Volume 3 for giveaway. The adventures of a talking dog and his four human pals as they try to unravel the strange and haunted history of their hometown. The tone is comedic, but it will never lose the edge that our heroes are in some frightening situations. The stakes are real. 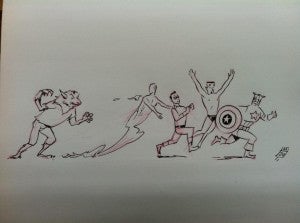 In celebration of this awesome sketch by Feeding Ground artist Mike Lapinski (buy his new hardcover, out now from Archaia!), I'll give the Scooby-Doo DVD away to the best mashup of superheroes and Scooby-Doo characters that's e-mailed to me between now and the end of the New York Comic Con on Sunday, October 18. As you can see, it doesn't need to be super-detailed to be awesome, so don't feel like you're automatically disqualified just because you don't draw as well as Mike does. give it a shot, and if you don't think your idea or joke is coming across in the drawing, explain it in the e-mail! Good luck, and happy haunting!