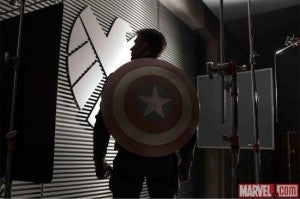 And, he adds, for the money it seems likely to make him on the backend. This is, after all, the first in a series of Marvel films that will have a specific comic book title in the name of the movie and, he says, that should mean a nice influx of sales on some older material for writers whose titles and/or plots are being used.

"I read the script and I was really blown away by it," the writer told USA Today. "The tone of it and the Bucky stuff is so perfect and the way I'd want it to be, I was so thrilled to see that. But to me the biggest thing, too, is it's the first time Marvel has put out a movie where there's a specific book the title of the movie relates to. And now they're doing that with Avengers: Age of Ultron. They're putting out a hardcover collection of Captain America: Winter Soldier and that's because that movie is coming out. That is the first time Marvel has one specific book to point people to, as opposed to when X-Men: First Class came out and there's 15 trade paperbacks and people who see the movie don't know which one to pick up. So it's exciting, as the guy who gets royalties for that book."