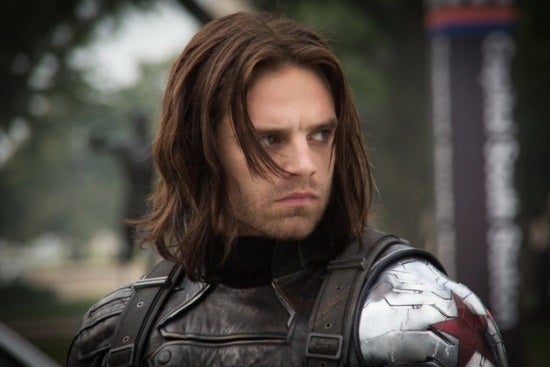 “It didn’t work out, I was really bummed at the time,” said Stan, “and then a couple days later I got this phone call.”

“I never grew up with the comic books,” Stan continued, “…that being said, I didn’t’ know anything about Bucky Barnes whatsoever…I might have gotten pretty lucky in this situation, actually.”

This seems to be becoming a trend for Marvel films, with Tom Hiddleston originally testing for Thor before getting the role of Loki.

Stan said that he didn’t know he would be returning in the sequel, as The Winter Solider, until about two years after Captain America: The First Avenger.

“I actually found out two years after the first movie,” Stan said. “Obviously I was familiar with the storyline…but I had no idea what time…I always tell people, for me, it’s very similar, actually, to The Winter Soldier. I get that phone call and then a time and a place and I show up.”

Stan also hinted that there may be more to come for the Winter Soldier, and that ties to the Russian spy, Black Widow, may be revealed.

“For the Winter Soldier, this is very much an introductory film,” said Stan, “and in that sense we’re just scratching the tip of the iceberg there, in terms of [his and Black Widow’s] ties, per se, but there are definitely some points that are very recognizable if you've read the comic books.”