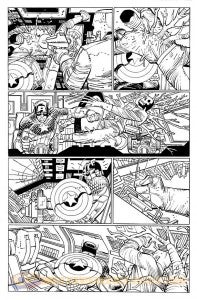 There's not a lot of detail here that wasn't already visible in the Marvel NOW! previews, except to see the way writer Rick Remender and JRJR will be working together on the title, one of the Marvel titles most fans would likely be surprised to know that the iconic, veteran writer has never done as an ongoing.

This also would seem to put to rest the question of the "full-face mask" for Captain America, a silly controversy created when a number of fans misinterpreted the cover art for the series' first issue--the character's face appeared obscured by shadow, and it looked to some as though he would be gaining a mask that covered the lower half of his face. 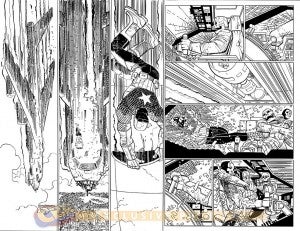 Known for his iconic runs on Amazing Spider-Man, Daredevil and Thor, Romita, Jr. has spent the better part of the summer drawing Captain America in Avengers vs. X-Men.