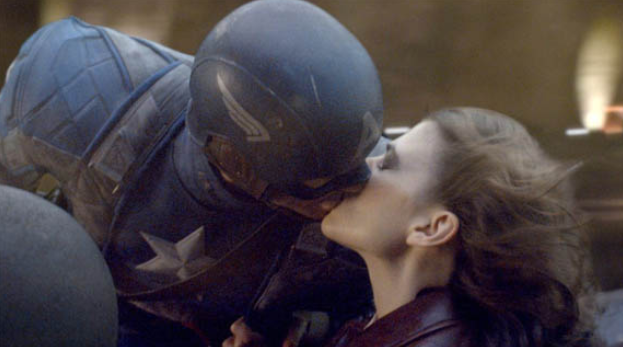 Captain America may be The Avengers' star-spangled stud, but according to actor Chris Evans, the only action Steve Rogers gets is on the battlefield.

In a recent interview promoting Cap's new adventure in Avengers: Age of Ultron, Evans theorized that his character is most likely a virgin. It makes a certain degree of sense-- most of Rogers' "type" of woman are probably either in nursing homes or six feet under.

But when the possibility of a one-night stand during Captain America's USO tour in Captain America: The First Avenger came up, Evans defended the Captain's more conservative virtues.

"He was on tour. That's true. Maybe one of those [dancing] girls blew his mind. [Laughs] He's probably just a good guy. He was probably holding out for Peggy Carter and he's a little more old-fashioned in that sense," he told Entertainment Weekly. "These are a lot of things that I think are giant conflicts, but they're also very personal conflicts. He's a very human guy. That's why I like him."

Either way, Captain Americawon't have much time for women once Avengers: Age of Ultron opens on May 1. Genocidal androids tend to put a damper on one's love life.