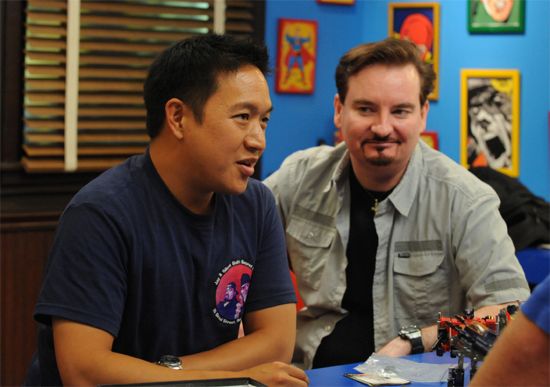 Last week, Comic Book Men went hunting for the Jersey Devil in the “Ghostbusting at the Stash” episode. While Ming might have been running scared in the woods in the last episode, it looks like things are turning around for him this week.

The new episode of Comic Book Men is entitled “Ming In Charge.”According to AMC description, “With Walt and Mike sick, it's up to Ming to run the Stash by himself. A customer comes in to sell first issues of Iron Man and Daredevil.” Judging from the sneak peek photo of the episode, it also looks like Brian O'Halloran will be making a guest appearance. Brian O'Halloran played Dante Hicks in Kevin Smith’s Clerks and Clerks II.

The “Ming In Charge” episode of Comic Book Men airs on AMC on Sunday, November 4 starting at 11:30 PM ET.