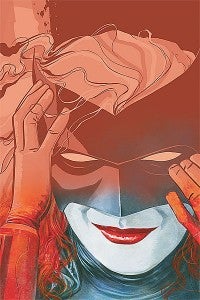 Ho, ho, ho!!! Presents for all the comic book readers out there (naughty or nice is in the eye of the beholder after all!) are in stores this Wednesday, and before you pack up and pack in for winter, plan a trip to the relatives or stuff your ears with cotton to avoid the noisy toys, here's this week's comic book previews! DC brings some of its major titles this week, with Detective Comics #860 concluding the origin story of Batwoman, setting up a team-up with Batman in next month's issue! Wonder Woman #39 reveals the secret behind Wonder Woman's amazing new power, and be sure to check out Gotham City Sirens #7 as Catwoman has to take the reins and save the other sirens from a powerful challenge! Not to let the ladies have all the fun, Superman #695 brings Mon-El and his new public identity into the forefront, with Natasha Irons returning and the fate of Steele in the balance! The JSA just can't catch a break lately, and this week it gets even tougher for one of DC's oldest super teams as Blackest Night: JSA begins with issue one. The dead members of the Justice Society rise to take on their modern counterparts in this three-issue mini-series. A much smaller team emerges in Justice Society of America #34, and fans of team books should pick up Teen Titans #78, as a VERY unexpected team-up happens between Ravager and Deathstroke! 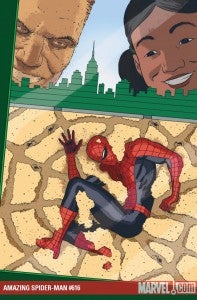 The creative little elves over at Marvel are just as busy, crafting some delightful stories for you, not the least of which is this week's continuation of Spider-Man's gauntlet in Amazing Spider-Man #616 as the Sandman continues to hammer away at Peter Parker! An interesting question that's been on the lips of comic book readers everywhere since the return of Steve Rogers begins its answer in this week's Captain America: Who Will Wield the Shield #1. Can there be two Captain America's in the Marvel universe? Read on to find out! The Punisher's dead...right? Well, read Punisher #12 and find out! Spider-Woman #4 shows us that Jessica Drew really can't catch a break as the Thunderbolts are on her tail in this issue!! X-Men: Legacy #231 shows the team diving headlong into a battle with Selene and her undead mutant army as the Necrosha arc kicks off its run in this title! Also, be there for New Avengers #60, which could mean big things for Luke Cage and Powers #2 continues the new rollout of this hit title! 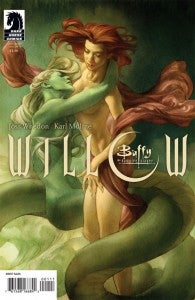 Dark Horse has a big week planned for us, as two very hot one-shots roll out into stores and into your eager hands! First up is a one-shot focusing on one of Buffy's key characters. Willow features forty pages of Rosenberg goodness, as her new powers and possible immortality are explored a bit more! Hellboy: The Bride of Hell also packs a big story into one issue, as a young girl must be saved from the worst marriage imaginable to a man in red, and not the one who gives out gifts! It's a double shot of Star Wars this week with the release of both Star Wars: Legacy #43 and Star Wars: Knights of the Old Republic #48. Image Comics brings us more yummy morsels with Chew #7, as detective Tony Chu finds himself in the line of fire of a rather lethal assassin! The blockbuster event Image United returns with its second issue this week, and all the major figures of the company are on board to prevent epic disaster! Invincible #69 begins a new chapter this week, and the Dead @ 17: Afterbirth trade paperback is the icing on the cake!

Top Cow has a big release this week, as Angelus #1 picks up after the events of War of the Witchblades and focuses its attention on the bearer of the Angelus, Danielle Baptiste. How will she adjust to a new life in New Orleans and how will she cope with those who covet her power? Read to learn more! Boom! releases another title this week with the kid and adult friendly Wall-E #1. Based on the blockbuster movie, the series will focus on life before the events of the film for the little beloved robot. Dynamite Entertainment also has a few heavy hitters this week, chiefly Zorro #18 and the start of Battlefields with issue number one! Also look for The Black Terror #6 and The Complete Dracula #5. So, get out there, finish that shopping, stuff those stockings and wrap those presents. Then, kick back with a stack of comics, a glass of milk and those cookies that should be going to Santa! We here at comicbook.com want to wish you all a wonderful holiday season! Thanks for reading!