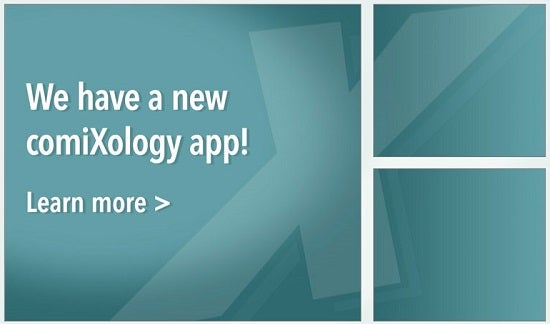 ComiXology, the largest digital comics retailer in the U.S., has released a new mobile app for both iOS and Android, and retired its previous version, removing readers' ability to purchase through the iOS App Store. Android users will have to update their payment method on install. ComiXology says this will be a one-time inconvenience. Users of the ComiXology mobile apps received e-mails today informing them that the previous version of the app had been discontinued, and that they had to download an entirely new app. If you downloaded the new app without first removing the old, you would see that it wasn't just a major overhaul but an entirely different app -- one that does not support a storefront function on iPhone and iPad. This means that Apple won't take a cut of the transactions, leaving ComiXology and the comics publishers with a larger share to split between them. It also presumably means the end of problems like the banning of books like Saga and Sex Criminals, which were unavailable for purchase on mobile devices because of standards put in place by Apple and Android that could have meant trouble for ComiXology if there had been content-related complaints. ComiXology erroneously identified Apple as the cause behind the removal of Saga #12 last year, kicking off a two-day controversy at the end of which the digital comics retailer had to admit that they had pulled the product in anticipation of an Apple ban, and that Apple was not involved in the decision. ComiXology is currently in the process of being purchased by Amazon, which powers its Kindle e-reader on a custom build of Android. Barnes & Noble's competing Nook e-reader also uses an Android backend.